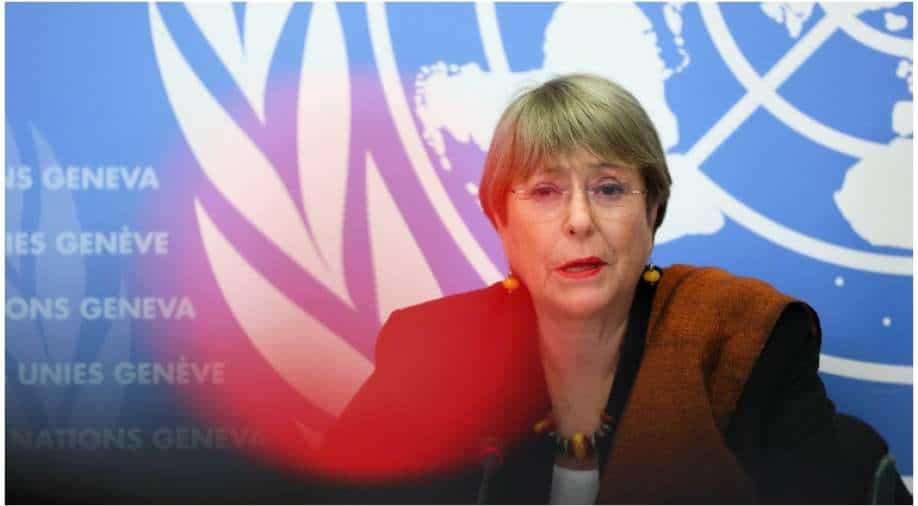 UN High Commissioner for Human Rights Michelle Bachelet attends the launch of a joint investigation into alleged violations of international human rights, humanitarian and refugee law committed by all parties to the conflict in the Tigray region of Ethiopia, at the United Nations in Geneva, Switzerland, November 3, 2021 Photograph:( Reuters )

Myanmar's former State Counsellor Aung San Suu Kyi has been handed a four-year jail term. Her government was toppled by the country's military on February 1 this year

The conviction of Suu Kyi "closes another door to political dialogue" in Myanmar, where the military took power on Feb. 1, and "will only deepen rejection of the coup", Bachelet said in a statement issued by her Geneva office.

“The conviction of the State Counsellor following a sham trial in secretive proceedings before a military-controlled court is nothing but politically-motivated,” Bachelet added.

Aung San Suu Kyi, former State Counsellor of Myanmar was deposed by country's military in a coup on February 1 this year. The military did not budge and used force to quell nationwide protests that opposed the military rule.

On Monday, Suu Kyi was handed four-year jail term by the court. She had been accused of fomenting unrest against the military and violating Covid rules. She has also been accused by military of corruption.

The military has not given details of where Suu Kyi has been detained and it was not immediately clear if the sentencing would mean any immediate change in her circumstances.

The trial in the capital, Naypyitaw, has been closed to the media and the junta's public information outlets have not mentioned the proceedings. Suu Kyi's lawyers have been barred from communicating with the media and public.