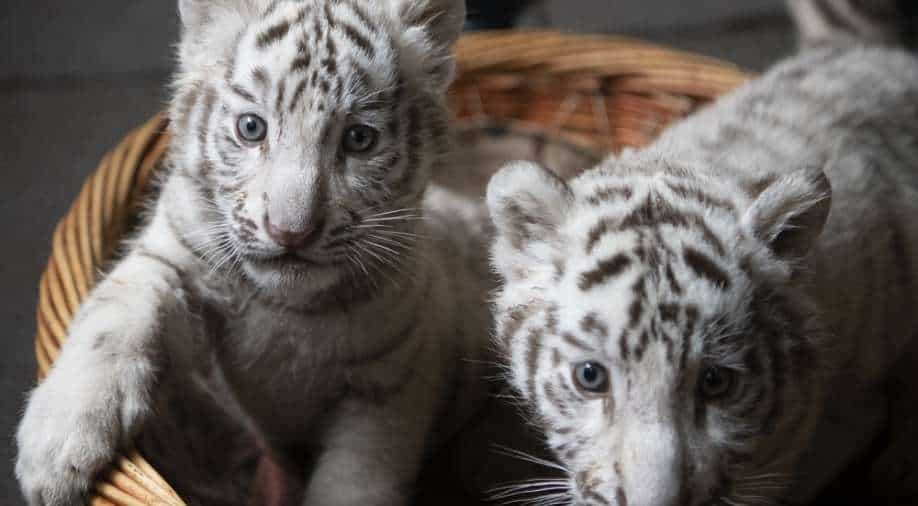 One of the officials said the cubs probably caught the virus from the person handling and feeding them.

Two 11-week-old white tiger cubs that died in a Pakistani zoo last month might have succumbed to Covid-19 complications.

One of the officials said the cubs probably caught the virus from the person handling and feeding them.

The cubs died in the Lahore Zoo on January 30, four days after beginning treatment for what officials thought was feline panleukopenia virus. But an autopsy found the cubs' lungs were badly damaged and they were suffering from severe infection, with pathologists concluding they died from COVID-19.

After their death, the zoo administration conducted tests of all officials, and six were tested positive, including one official who handled the cubs.

According to Reuters, in December two Himalayan brown bears were airlifted out of the Islamabad Zoo to a sanctuary in Jordan.

That rescue came weeks after an elephant Kaavan was moved to a sanctuary in Cambodia, the culmination of a years-long campaign that included US pop star Cher.

At the Peshawar Zoo, officials have said four giraffes died in 2020. Last year two lions at Islamabad Zoo suffocated when workers lit fires in their cages.

The novel coronavirus has, meanwhile, killed 12,256 people in Pakistan.