This US soldier was the last to leave Afghanistan 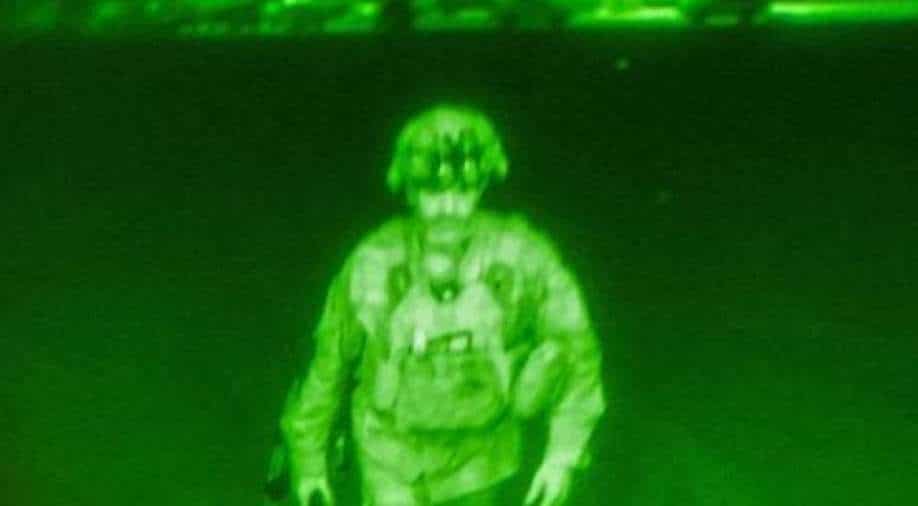 US diplomat in Afghanistan Ross Wilson was on the US C-17 cargo flight as it headed back to America with just a few passengers on board. The flight left 1 minute before the August 31 deadline in Kabul

A US C-17 flight was the final flight to leave Afghanistan as America ended its 20-year campaign in the country.

The flight reportedly left with just a few passengers on board. US diplomat in Afghanistan Ross Wilson was on the last flight home on board the cargo plane as it left 1 minute before the deadline in Kabul.

Major General Chris Donahue, commander of the US Army 82nd Airborne Division was the last soldier to leave Afghanistan in the C-17 cargo plane at the Hamid Karzai International Airport.

After the withdrawal was completed US General McKenzie said the American troops exited at exactly "1929 GMT Monday-just before the start of Tuesday in Kabul."

Over 20 US allies involved in the evacuation effort had said on Friday that they had completed their operations.

President Joe Biden had set August 31 as the final date for US troops to withdraw from Afghanistan.

The US completed the "military component of the evacuation", however, US Secretary of State Antony Blinken informed that under 200 or possibly a hundred Americans wanted to leave but were unable to get on the last flights.

In Pics: How US-built 'Ninja bomb' with 'halo of long blades' destroyed ISIS-K target in Afghanistan

President Biden acknowledged that America's 20-year military presence in Afghanistan had ended even as Republican Senator Ben Sasse who is a member of the Senate Intelligence Committee called the withdrawal a “national disgrace”.

"The president made the morally indefensible decision to leave Americans behind. Dishonour was the president’s choice," Sasse said.

As the last US officially left Afghanistan, Blinken asserted Taliban will have to "earn" legitimacy and support from the international community and that the Biden administration was prepared to work with the Taliban provided it did not carry out reprisals against its people Afghanistan.