The rise & fall of India's underworld 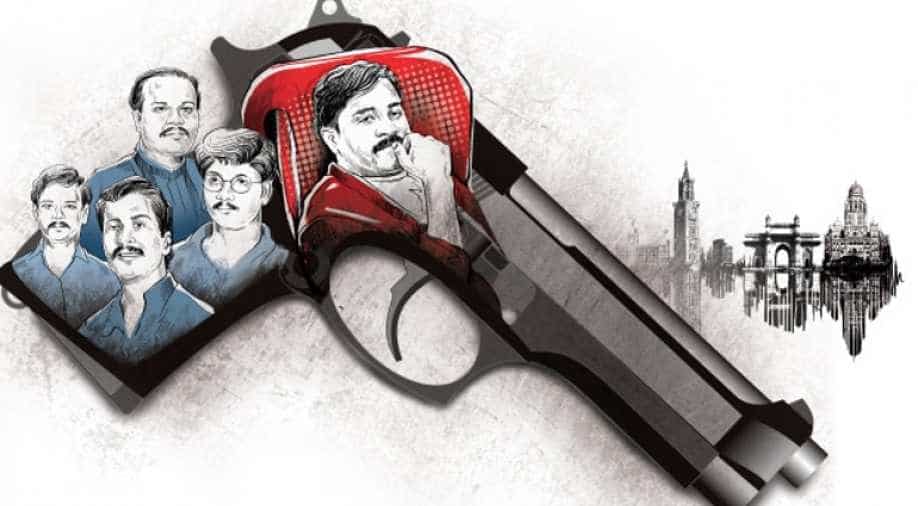 Police say one of the main reasons is the lack of shooters who have always been hurt by the fact that while the dons extorted crores of rupees, the shooters who carried out the attacks got only a few thousand. Photograph:( DNA )

India's financial capital Mumbai, known for Bollywood, is as much known for the underworld. By the mid-nineties, Dawood Ibrahim and Chhota Rajan emerged as the two main characters in the underworld or organised crime syndicate of Mumbai.

The city had witnessed the tales of their friendship, rivalry and the blood that they spilled on the streets. However, the underworld, which once gave sleepless nights to the police, businessmen and builders, appears to be gradually dying.

In 2016, the Mumbai Police registered five cases under the Maharashtra Control of Organised Crime Act (MCOCA), of which only two were related to the underworld. DNA takes a look at what led to the fall of Mumbai's underworld.

In 2016, 41 persons were arrested by the Mumbai Police in MCOCA-related cases, of which four had allegiance with Dawood Ibrahim's gang, also known as D-Gang or D-Company, according Mumbai Police statistics. The statistics also show that the Hemant Pujari, Arun Gawli, Pandav Putra and Kumar Pillai gangs have been lying dormant for the past three years.

With only two underworld-related cases registered in 2016, one would wonder what has led to this drastic decline in underworld activities? Is it because of the police crackdown or has the underworld changed its style of functioning? Or is there a shift in interest?

The police say one of the main reasons is the shortage of shooters. "Earlier, gangs used to handpick shooters from Uttar Pradesh. The Ravi Pujari gang used to handpick shooters from Dombivli, Konkan, Mangalore, and Azamgarh in UP. The shooters used to carry out audacious attacks for Rs 5,000-10,000. What has always hurt shooters the most is that while the gang leader used to extort crores from the victims, the shooters would only get a few thousands," said a Mumbai Crime Branch officer.

He said that, last month, the city crime branch sleuths arrested two men – Anksuh Indulkar and Sagar Chavan – who were supposed to bump off an Oshiwara-based builder-cum-businessman at the behest of gangster Ejaz Lakdawala. While Lakdawala reportedly demanded an extortion money of Rs 2 crore from the builder, the shooters were promised Rs 5,000, the officer said. Both Indulkar and Chavan were involved in petty crimes earlier and their desperation for money made them accept the offer, the police said.

Additional Commissioner of Police, Mumbai Crime Branch, KMM Prasanna, says: "MCOCA is a draconian Act. Now, if a person involved in underworld fires upon someone, the shooter could be jailed for at least 20 years and minimum 10 years, if the victim survives."

Prasanna attributed the diminishing underworld activities to the sustained and continuous police crackdown. "In the past three years, we have arrested at least 50 persons associated with the Ravi Pujari gang. In August 2014, the Pujari gang attempted to fire at film producer Karim Morani, but the bullets hit a parked car. The same gang tried to target filmmakers Mahesh and Mukesh Bhatt, but the gang members were caught before they could execute their plans. As many as 11 members of the gang were arrested and this was a major setback to Ravi Pujari," he said.

The crime branch had arrested 87 persons in the past three years, associated with various underworld gangs. "Some of the big blows which the police dealt to the underworld include busting a Chhota Shakeel gang that was supposed to target Chhota Rajan's Ganesh Mandal at Tilak Nagar. In February last year, we arrested fugitive gangster Guru Satam's son Bhushan. Gangsters like Chhota Rajan, Kumar Pillai and Santosh Shetty are already behind bars. Getting Rajan back was a big catch. Apart from this, we are now concentrating on arrested old-timers and trusted lieutenants of gangs. We recently arrested one Danny from Uttaranchal. He was one the most trusted men of Rajan and his name had cropped up during the probe into the Kala Ghoda shootout in 2006," said Prasanna.

Asked why the D-gang is not into extortion the way they used to be in the 90s, a senior police officer said: "The D-gang has diversified investments and is getting into other businesses. Dawood runs his organisation like a full-fledged company. Other gangs cannot be compared to it. Others are still into the business of extortion, simply because, at the end of the day, they want money by show of muscle power."

A Crime Branch officer, who has been instrumental in busting several modules of the Ravi Pujari gang, says that the informant network of police plays a pivotal role in tackling underworld. "For the past many decades, we have been heavily relying on informants to gather intelligence on underworld operatives. It is very important for us to protect our informants, as in many cases in the past, we have seen that once the informant gets exposed, he has to pay the price with his life," said the officer.

"Informant network does helps us, but now even constables are bringing information. Men in field units are pumping in information, while the Anti-Extortion Cell works on the information and prevents underworld operations," says Prasanna.

Being cheated by their own men is another reason. "A gang exists till the time there is a leader and followers. There cannot be a leader without followers. A leader's work is to mobilise workers, and if the leader himself is outside, there will be no fear among the foot soldiers. We have come across several instances wherein a lot of people have taken money for carrying out works, but have not executed them. The gangs have been facing these bad debts helplessly," said Prasanna.

With Rajan and Pillai already in the net, expectations are very high that Dawood and Shakeel would also be brought to book. "Efforts are on," said Prasanna.