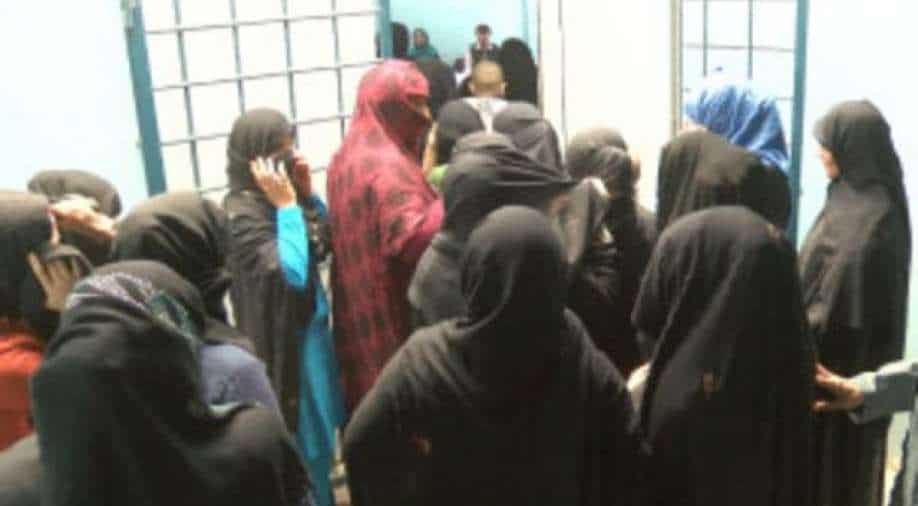 This comes in as concerns grow over the disappearance of two women activists in Afghanistan. This is second such instance.
Zahra Mohammadi and Mursal Ayar are the two female activists who went missing two days ago

The Taliban on Friday released 14 women prisoners in Kabul in a bid to tackle global pressure. Office of Prisons Administration (OPA) of the Taliban announced that they have freed 14 women from the female prison in Kabul.

A statement issued by OPA to local media read, "14 women prisoners were released on Thursday, February 3 as a result of an assessment conducted by a five-member delegation."

This comes in as concerns grow over the disappearance of two women activists in Afghanistan. This is second such instance.
Zahra Mohammadi and Mursal Ayar are the two female activists who went missing two days ago.

The US special envoy for Afghan women, Rina Amiri, on Twitter said, "These unjust detentions must stop. If the Taliban seek legitimacy from the Afghan people and the world they must respect Afghans' human rights - especially for women - including the freedom of expression and immediately release these women, their relatives and other activists."

Earlier, Taliban authorities had warned that they have all the rights to crack down on dissent and jailed protestors. This happened after two women activists noted that two of their comrades were seized from their homes after they took part in a few demonstrations. According to reports by AFP, Tamana Zaryabi Paryani and Parwana Ibrahimkhel were abducted from their homes in Kabul.

Ever since the Taliban took over Afghanistan, the situation has not been so good, especially for women.

Demonstrations held by women have become a common phenomenon in the country. The Taliban has previously tried to prevent journalists from covering the march, organised against the "mysterious murders of young people, particularly the country's former soldiers", according to social media invitations.