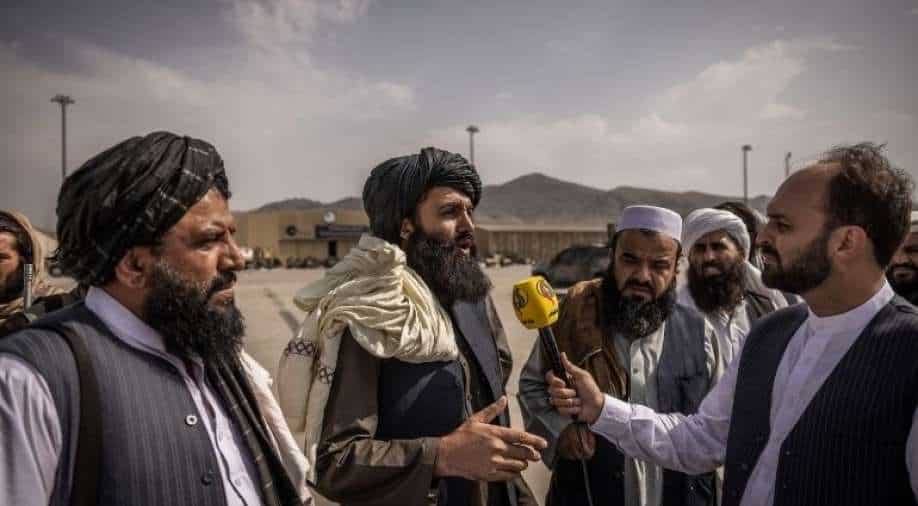 A Taliban member speaks to a journalist at the airport in Kabul, Afghanistan, on Tuesday, Aug. 31, 2021. Insurgents who seize power tend to be authoritarian but pragmatic, desperate for legitimacy and ruthless toward classes they see as hostile. (Jim Huylebroek/The New York Times) Photograph:(The New York Times)
Follow Us

The Taliban promised that media would be "free and independent," after taking control of Kabul. However, now the group has laid out the limits of that freedom.

There were rules that gave the Taliban wide control over the content. These include directives saying that media should coordinate with the GMIC when preparing content and report "carefully" on events not confirmed by an official.

As per watchdogs and locals journalists, these directives are a sign that the Taliban plan to censor content inside the country.
Sadaqat Ghorzang, a TOLOnews reporter for the eastern provinces, was quoted by VOA as saying, "The new rules plainly mean censorship."

Also read | Taliban uses social media as a key tool in their new form of governance, here is all you need to know

"It does not only create problems for journalists to do their job, which is providing information to the people, but also violates freedom of expression."

A copy of the guide, which was circulated online and discussed by media watchdogs, contained 11 rules. As per rules 1-3, media and journalists are forbidden from publishing or broadcasting anything against Islam, insulting national figures, or violating privacy. Rules 4-6 instruct journalists to follow the principles of journalism and balanced news reports and to not distort content. Rules 7-8 say that matters that have not been confirmed by officials or could have a negative impact on the public's attitude should be treated with care.

As per rule 9, media outlets have to be impartial and truthful in their coverage.

Rule 10 and 11 advise journalists to coordinate with the GMIC when working on "detailed report(s) on an issue."

RSF Secretary-General Christophe Deloire described the guidelines as "spine chilling." They can be used coercively and "bode ill for the future of journalistic independence and pluralism in Afghanistan," he said in a statement.