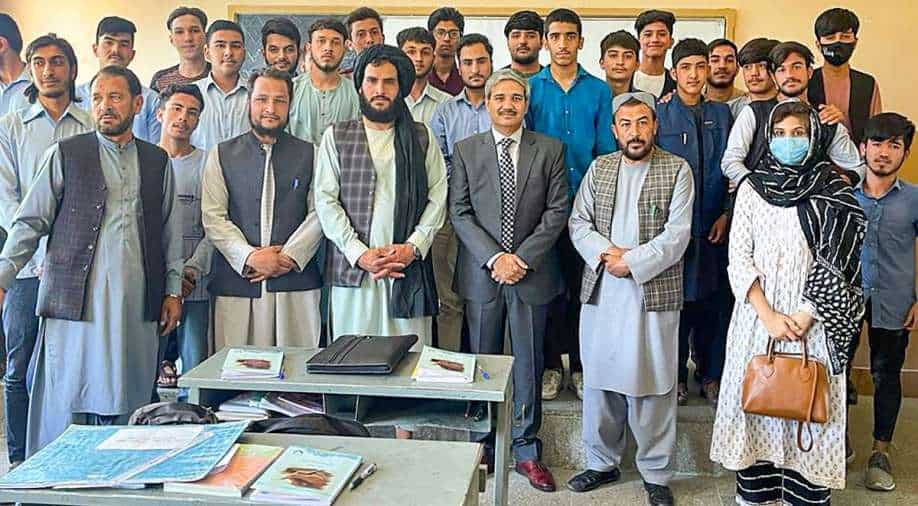 According to the HT report, Taliban officials committed to taking action against Pakistan-based terrorist groups such as Jaish-e-Mohammed, Lashkar-e-Toiba, and Hizbul Mujahideen. The Taliban also vowed to take action against Al Qaeda in the Sub-continent (AQIS) terrorists if specific information was provided.

The Taliban's top leadership assured India during a bilateral meeting in Kabul last week that it would not allow terrorism against third countries from its soil and that it would act against terrorists from Pakistan-based groups based on specific intelligence, Indian media organisation the Hindustan Times reported.

According to the report, a visiting team led by senior diplomat JP Singh met with Taliban government officials in Kabul, including Defense Minister Mullah Yaqoob and Interior Minister Sirajuddin Haqqani, in addition to Foreign Minister Amir Khan Muttaqi. Singh is the MEA's joint secretary for PAI (Pakistan, Afghanistan, and Iran).

The meeting came after National Security Advisor Ajit Doval requested fellow NSAs from Russia, China, Iran, and Central Asian Republics to improve Afghanistan's capability to combat terrorism and terrorists who constitute a threat to regional peace and security during a Regional Security Summit in Dushanbe.

According to a report by Deccan Chronicle, during the conference, New Delhi is said to have told the Taliban that Pakistan-linked terror groups such as the Lashkar-e-Tayyaba and Jaish-e-Mohammed should not utilise Afghan soil for terrorism against India. The delegation will also meet with representatives from international organisations involved in the delivery of Indian humanitarian aid, which has so far included 20,000 metric tonnes (MT) of wheat, as well as vaccines, medications, and winter clothes. Outside of Kabul, the delegation will visit "other sites where Indian programmes and projects are being implemented."

The Taliban administration is not officially recognised by India.

According to the HT report, Taliban officials committed to taking action against Pakistan-based terrorist groups such as Jaish-e-Mohammed, Lashkar-e-Toiba, and Hizbul Mujahideen. The Taliban also vowed to take action against Al Qaeda in the Sub-continent (AQIS) terrorists if specific information was provided.

In a statement on June 02, 2022, the Ministry of External Affairs said: "A team led by Joint Secretary (PAI), Ministry of External Affairs, is currently on a visit to Kabul to oversee the delivery operations of our humanitarian assistance to Afghanistan." During the visit, the team will meet representatives of the international organisations involved in the distribution of humanitarian assistance. In addition, the team is expected to visit places where Indian programmes and projects are being implemented. The Indian team will meet the senior members of the Taliban, and hold discussions on India’s humanitarian assistance to the people of Afghanistan."