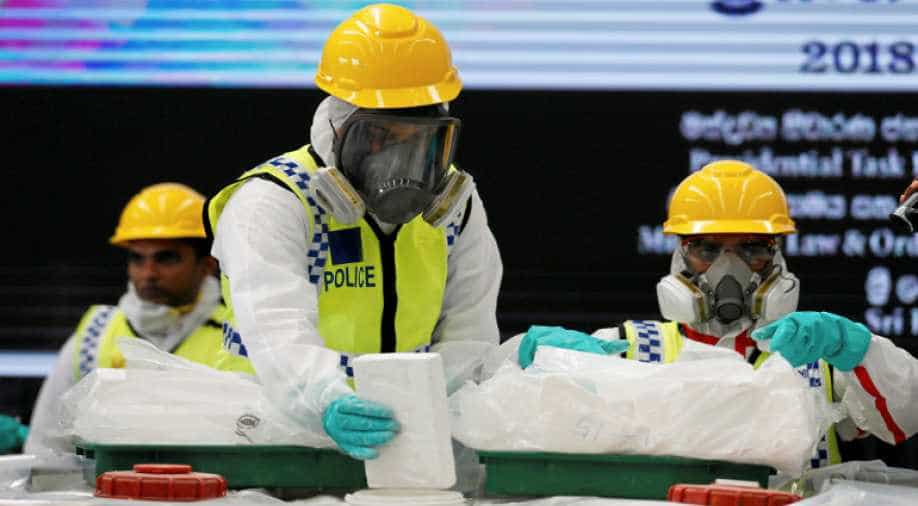 Sri Lanka on Monday destroyed $108 million worth of cocaine in public, seized by authorities in the port of Colombo which is increasingly becoming a transit hub favoured by drug smugglers in Asia.

The authorities destroyed 928 kg (more than 2,040 lbs) of the drug, the largest cocaine haul in Asia, which was found in a container of timber on a Colombian ship bound for India in December 2016, and represented part of more than 1,700 kg of drugs seized in the past three years.

The drug haul was destroyed under a special facility in a cement factory close to the country’s main airport.

"We are very serious about the zero-tolerance policy on this ... we have a long way to go," said Minister of Law and Order Sagala Ratnayaka attending the event.

"Sri Lanka is being used as a transit hub. This haul would have been for transit purposes and some parts of it come into Sri Lanka. There is a distribution process and we are tracking the network and the peddlers."

Through August last year, Sri Lankan customs seized six shipments of high-quality South American cocaine in 14 months, including Asia's largest-ever haul of the drug in December 2016, at its main port.

On that occasion, about 1,770 kg of cocaine, with a value of $140 million, was seized, of which 840 kg was found in sugar shipments from Brazil.

Senior police officials have told Reuters some gangs are seeking to mask their shipments to Australian and European markets by bringing them into Sri Lanka, then sending them on to Sri Lankan containers.