Sri Lanka defaulting on all its external debt: Rajapaksa government 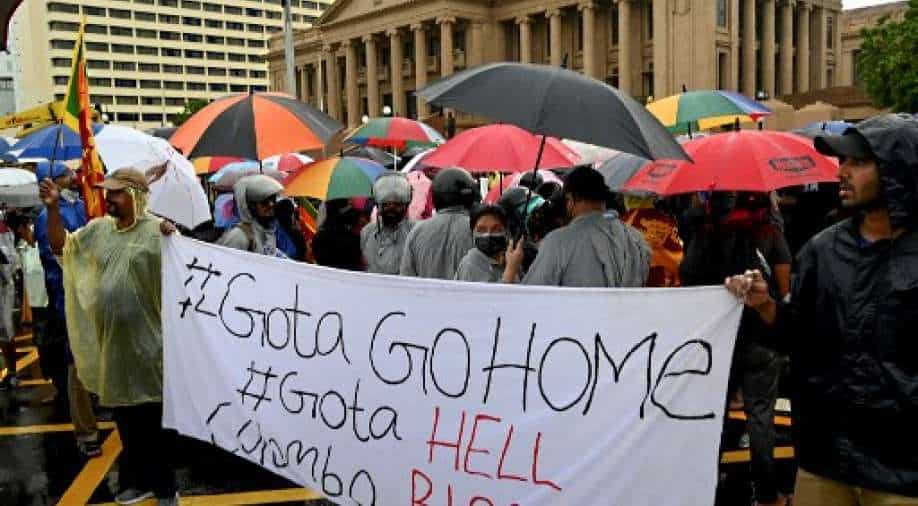 The Rajapaksa government had earlier announced it had appointed a panel on restructuring foreign debt amid the deepening economic crisis.

The Sri Lankan government on Tuesday announced it is defaulting on all its external debt.

The government had earlier announced it had appointed a panel on restructuring foreign debt amid the deepening economic crisis.

The island nation has been hit by rising inflation and fuel crisis. Sri Lanka's economy was hit badly during the coronavirus pandemic as the tourism industry was hit amid the lockdown two years ago.

"Sri Lanka has decided to suspend normal debt servicing of all affected debts for an interim period pending an orderly and consensual restructuring of those obligations in a manner consistent with an economic adjustment program supported by the IMF," the country's finance ministry said.

Rating agencies had earlier warned of a potential default on its $51 billion foreign debt.

"Although the government has taken extraordinary steps in an effort to remain current on all of its external indebtedness, it is now clear that this is no longer a tenable policy and that a comprehensive restructuring of these obligations will be required," it added.

11,000 MT rice from #India reached #Colombo on board ship Chen Glory today ahead of New Year celebration by people of 🇱🇰. 16,000 MT rice supplied under 🇮🇳's multi-pronged support to 🇱🇰 in the past week alone.These supplies which mark the special bond between 🇮🇳&🇱🇰 will continue. pic.twitter.com/PF3yE626hl

Amid the economic crisis, the Rajapaksa's cabinet had resigned en masse after people took to the streets to protest against rising prices.

The Lankan president had imposed a state of emergency and requested members of political parties to join the cabinet, however, it was ruled out by the opposition members.

The government said it is seeking financial help from other multilateral and bilateral partners including the IMF.