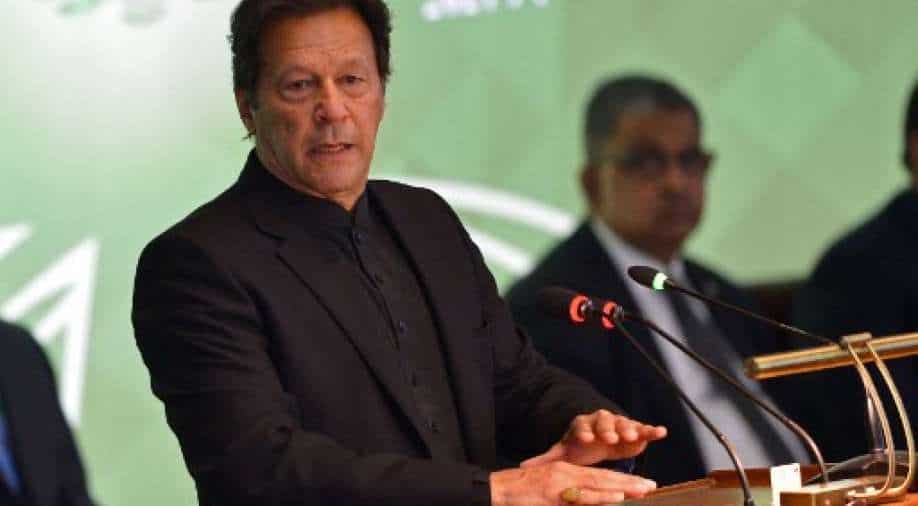 Pakistan Prime Minister Imran Khan lashed out at opposition parties for bringing a no-confidence against him.

What was striking in Imran Khan’s speech was that during his rally, he seemed to disclose his conversation with army chief General Bajwa on Rahman, who is known as “Maulana Diesel”— a derogatory term for his alleged participation in graft involving fuel licenses.

“I was just talking to Gen Bajwa, and he told me not to refer to Fazl as diesel. But I am not the one who is saying that. The people have named him diesel," the prime minister said.

The tone and language of the prime minister seem to have nosedived in recent days after the opposition parties moved a no-trust vote against him.

On Wednesday, Khan said that after winning the trust vote in Parliament, he would target former president and Opposition leader Asif Ali Zardari for alleged corruption.

Khan, addressing the Pakistan Tehreek-i-Insaf (PTI) workers at the Governor House in Karachi, claimed that the motion is the “political death” of the opposition, Geo News reported.

The no-confidence motion, signed by about 100 lawmakers from the Pakistan Muslim League-Nawaz (PML-N) and Pakistan Peoples Party (PPP), was submitted with the National Assembly Secretariat on Tuesday.

Khan, 69, is heading a coalition government and he can be removed if some of the partners decide to switch sides.