Reprieve for Talwars: A case of justice delayed but not denied 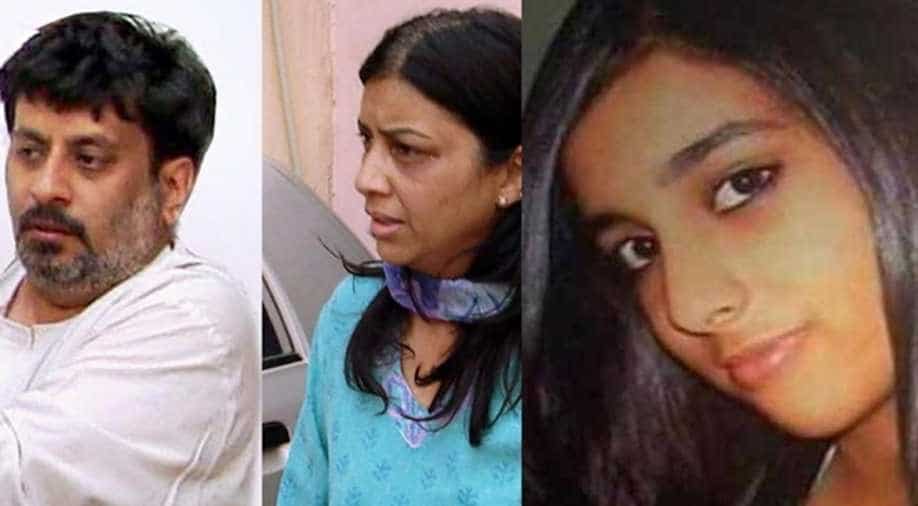 Take the case of two individuals, Mr. Rajesh Talwar and Ms. Nupur Talwar. Their daughter is discovered murdered on one fateful morning. The crime scene is left unsealed and visitors throng their residence without any restrictions thanks to a police team that did not know the basics of crime scene investigations. A few days later the family help is found murdered on the terrace.

The Police formulate a theory and the CBI redefines the theory after an employee of the Talwars confesses under the influence of narco analysis. But then there is another twist, the CBI redefines its own redefined theory finally pointing fingers at the Talwars, only to seek closure of the case on the premise that they couldn’t gather evidence which prima facie establishes the needle of suspicion in the direction of the Talwars, as required for filing a charge sheet.

CBI court convicts the Talwars as a consequence of the couple's own successful actions to keep the case alive.

The Talwars then challenge the closure report, wanting the case to be kept open. After reviewing these sequence of complex events, the CBI court convicts the Talwars as a consequence of the couple's own successful actions to keep the case alive.

There are many questionable aspects of the prosecution’s case. But the most dominant question that I ask myself is whether a person guilty of a crime would willingly stop the investigator’s efforts to close the case and move on?

Even if I keep this paradoxical conduct of the Accused aside for a second, in a criminal case, an acquittal can either be the consequence of the accused being innocent or it can be the consequence of the prosecution failing to meet the burden of proof to establish guilt beyond reasonable doubt. Firstly, the prosecution couldn’t explain why the murder accused would themselves challenge the CBI’s closure report to keep the case alive.

Secondly, the theory that it was an honour killing by parents discovering their daughter in a compromising position with the family help (who was also found dead subsequently), was backed up by a medical examiner whose basis was that the penis of the said family help was enlarged. When pointed out that the enlargement of the genital organs could occur as a result of putrefaction, the doctor justified his opinion on the ground that being a married man, he would know why a man’s penis would be enlarged. Would such testimony and evidence qualify as the benchmark for the prosecution establishing guilt beyond reasonable doubt, which is essential for convicting the Talwar’s for murders?

It is still open to determine whether or not the Talwar’s found reprieve on grounds of innocence or as beneficiaries of the benefit of doubt.

Today’s judgement of the Allahabad High Court acquitting the Talwars remedied, what in my opinion, was an untenable order of conviction in the Aarushi Talwar murder case. Make no mistake, the acquittal by itself doesn’t mean that the Talwar’s were innocent. Pending the review of the copy of the judgement of acquittal, it is still open to determine whether or not the Talwar’s found reprieve on grounds of innocence or as beneficiaries of the benefit of doubt, occasioned by a poorly conceived investigation and prosecution. Either way, they did not deserve to languish in prison, and I think justice is done one way or the other by the Hon’ble Allahabad High Court.

That being said, it must be noted that in the case of State v. Kishan Bai, the Supreme Court directed that in cases of acquittal due to lapses in investigation and prosecution, the acquitting court has to identify the source of lapses and direct action to be taken against the erring investigators and prosecutors. Therefore, the Aarushi Talwar case is an excellent opportunity for the judiciary to fix accountability on the investigators and prosecutor(s) who spearheaded the case of the prosecution leading to the conviction which is now set aside. The unfortunate reality in every case of acquittal, especially in cases as heinous as murder or rape, is that the victim and her loved ones have no closure on one hand and on the other hand, the accused is branded a criminal until his/her name is cleared. In itself, the journey preceding the acquittal is a tragedy, for all stakeholders on both sides.

Aarushi Talwar case is an excellent opportunity for the judiciary to fix accountability on the investigators and prosecutor(s) who spearheaded the case.

What makes this tragedy particularly bad for the Talwars is that they are both the loved ones without closure as well as the accused who languished in prison on the strength of a conviction order which eventually was set aside. Therefore, by virtue of the said judgement of the Supreme Court, it is time we identified the men and women who were responsible for the poor investigation and prosecution and ensured they are suitably disciplined as per law.

The time spent in prison by the Talwars on the strength of careless investigation and prosecution must be quantified and suitable reparations are called for. And at the very least, such reparations must include identifying the killer in the murder of Aarushi Talwar and Hemraj and bringing him or her or them to justice.