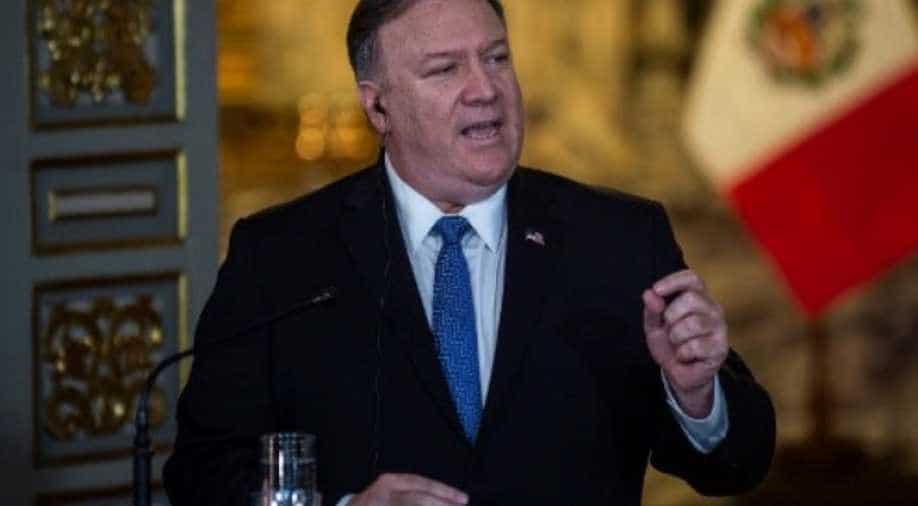 US officials have previously said they are hoping for a deal before the upcoming Afghan presidential elections, which have already been delayed twice and are now set for September.

US Secretary of State Mike Pompeo said Tuesday he hopes for a peace deal with the Taliban "before September 1", speaking as he made his first visit to Kabul since Washington launched talks with the insurgents last year.

Pompeo met with President Ashraf Ghani as well as General Scott Miller, who leads NATO's Afghanistan mission and the US war effort in the country, as well as other high-level Afghan officials during the unannounced one-day visit to the Afghan capital.

He said peace was Washington's "highest priority". Last September the US began a fresh push to bring the Taliban to the negotiating table to end America's longest war. "I hope we have a peace deal before September 1, that's certainly our mission set," Pompeo said during the visit.

US officials have previously said they are hoping for a deal before the upcoming Afghan presidential elections, which have already been delayed twice and are now set for September.

The next round of talks between the Taliban and the US are set to begin on June 29 in Doha.

The talks have centred on four issues: counter-terrorism, the foreign troop presence, an intra-Afghan dialogue, and a permanent ceasefire.

The Taliban have insisted that foreign troops must leave, and refused to speak with the Afghan government in Kabul, whom they deem "puppets".

Pompeo said the US is nearly ready to conclude a "draft text" outlining Taliban promises never to allow Afghanistan to be used as a base for international terrorism again.

"In light of this progress we've begun discussions with the Taliban regarding foreign military presence which today remains conditions-based," he said.

"And while we've made clear to the Taliban that we're prepared to remove our forces, I want to be clear we've not yet agreed on a timeline to do so." Huge swathes of Afghan society worry that if the US does make a deal with the Taliban, the militant Islamists would try to seize power and undo advances in women's rights, media freedoms, and legal protections.

Analysts have warned war with Tehran could have a devastating impact on Washington's efforts to secure a peace deal in Afghanistan.

Iran and Afghanistan share a 900 kilometre (600 mile) border and have long had a complex relationship.

Iran nearly went to war with the Sunni Taliban regime in 1998, and quietly backed the US invasion of 2001.

But Tehran has more recently sought to build relations with the Taliban, mindful of preserving interests in the neighbouring country.

US officials have accused Iran of providing material support, including anti-tank guided missiles and other weaponry, to the Taliban since at least 2007.

"Maybe this fact is too obvious to mention in the news coverage, but the United States' efforts to negotiate an exit from the Afghan war would explode into a thousand pieces in the event of conflict with Iran," Graeme Smith, a Kabul-based consultant with the International Crisis Group, tweeted recently.

Gulbuddin Hekmatyar, a ruthless former warlord, told AFP on the sidelines of a conference in Pakistan on Saturday that "of course" a US war with Iran would affect the Afghan peace process.