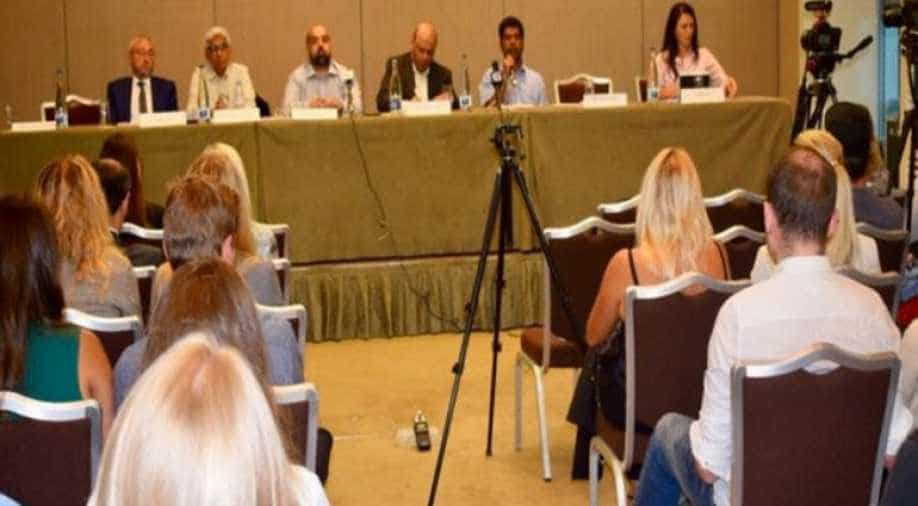 Activists and experts from Pakistan occupied Kashmir (PoK), Balochistan and Afghanistan also participated in the event

Political activists from Pakistan have requested Indian Prime Minister Narendra Modi to speak about the human rights violations in Sindh and other provinces during the upcoming UN General Assembly session.

Speaking at "Conference on minorities and democratic process in Pakistan" during the 42nd Session of Human Rights Council, Munawar Sufi Laghari, Executive director of Sindhi Foundation said, "The difficulty in Sindh is the fear, The most difficult challenge is to overcome that fear. This cannot be overcome inside the Sindh, so the only hope is outside. And my emphasis is that the UN and other countries like the US. I am suggesting that Prime Minister Modi is coming to the United Nations, he must mention about the Sindh because India has also got one of its name from the Sindh and lot of Sindhis are living in India and outside".

Activists and experts from Pakistan occupied Kashmir (PoK), Balochistan and Afghanistan also participated in the event.

Taj Baloch, Head of Human Rights Council of Balochistan said, "The situation has become worse because the international community has been silent on atrocities in Balochistan. In the beginning, it was enforced disappearances, then the "kill and dump" began, then the burning of the villages. Now, technically, it shall be called genocide and ethnic cleansing. People are deprived of 'right to life'.They are picked up, killed and dumped. And, it has gone to the mass level".

Taj added, "International human rights bodies and United Nations should visit Balochistan and investigate the situation. They should stop Pakistan military from committing such war crimes and crimes against humanity".

Pakistan is not only blamed for human rights violations in its own country, but its engagement of promoting 'jihad' in neighbouring Afghanistan is also condemned.

Bilal Sarwary, a journalist from Kabul, who participated at the event said, "Pakistan's role and the image have been extremely destructive. If we look to 2001, when the Taliban was removed from power, this was a new journey for Afghanistan - a fight for peace, a fight for better tomorrow. And unfortunately, Pakistan`s image in Afghanistan is often associated with roadside bombs, suicide attacks. It is not a secret that there are public gatherings, funds are being collected in the name of a holy war called `jihad`".

Political activists from Pakistan occupied Kashmir (PoK) who took part in the event also condemned Pakistan`s duplicity over handling of the Kashmir issue.