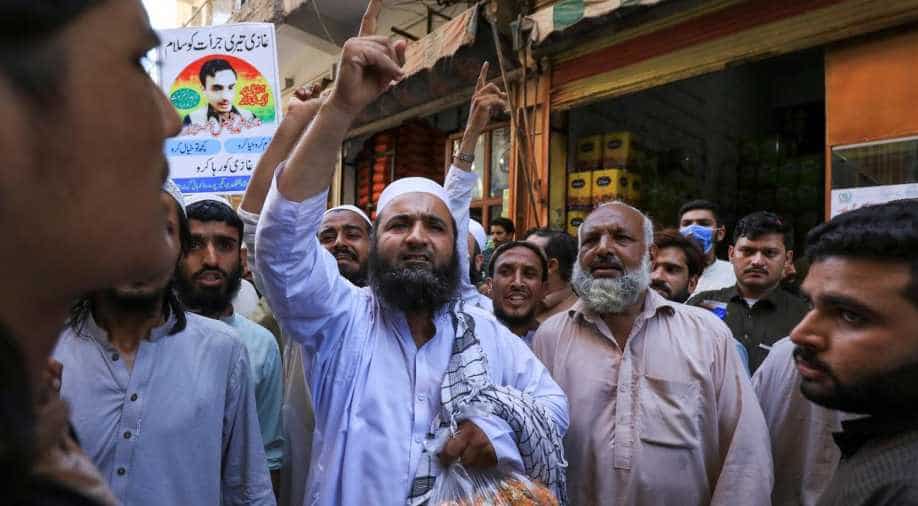 Lawyers have been lining up to defend Khan, while the attorney for Tahir Naseem, the US citizen, has gone into hiding.

The claim to adulation of a 15-year-old Pakistani seems to be allegedly gunning down in open court an American accused of blasphemy, a capital crime in this Islamic republic.

Thousands hail Faisal Khan in the streets as a "holy warrior."

Lawyers have been lining up to defend Khan, while the attorney for Tahir Naseem, the US citizen, has gone into hiding.

Naseem was born in a village outside Peshawar but had long lived in the United States, according to clerics and locals who knew him.

He set up a website proclaiming himself a messiah, with a link for people to pledge allegiance to him. On LinkedIn, he described himself as "Jesus's second coming, reviver, Prophet."

Naseem was charged with denigrating the Koran and the Prophet Muhammad. Two years later, awaiting his bail hearing surrounded by police and lawyers, he was gunned down.

The teen, who eventually killed in full public view, got through three security checkpoints on his way into a courtroom in the northwestern Pakistani city of Peshawar on July 29, pulled out a pistol and fired multiple shots into Naseem, 57, at a bail hearing.

Naseem died on the spot, onlookers spattered with his blood.

His killing grabbed global headlines, put a fresh spotlight on Pakistan`s blasphemy laws and drew criticism from abroad, even as many in the country praised the shooter. The United States and human rights groups decried the killing and urged changes to Pakistan's blasphemy statutes, among the harshest in the world.

Khan was later presented at the court. But thousands rallied, calling for his release.

Delegations of well-wishers - lawyers, clerics, local politicians - have visited the Khan family home in Peshawar to congratulate the family. He has received messages of support from the Pakistani Taliban.

Meanwhile, the US State Department, in an unusually blunt statement, said Naseem "had been lured to Pakistan from his home in Illinois by individuals who then used Pakistan’s blasphemy laws to entrap him." It called on Pakistan to reform its blasphemy laws and prosecuting Naseem`s killing.

Pakistan's Foreign Ministry said a special team was investigating the case and it would be dealt with in accordance with the law.