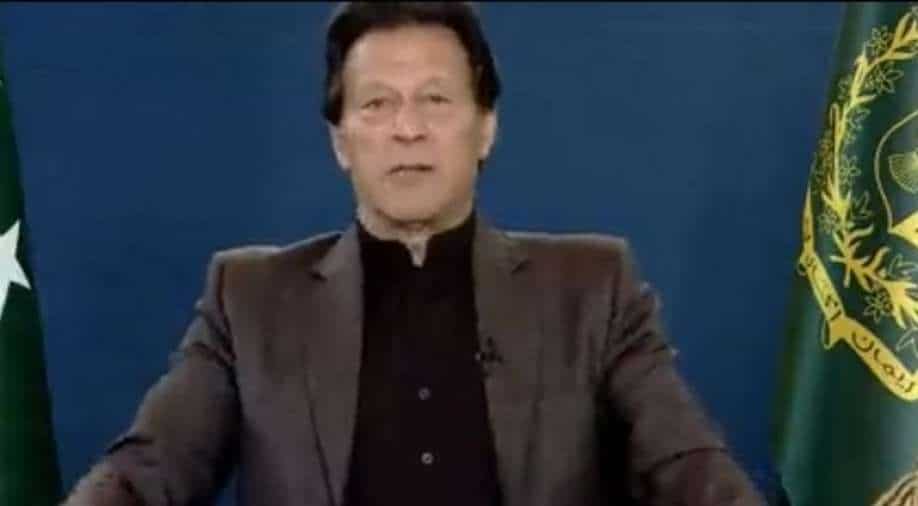 Prime Minister Imran Khan noted that the current inflation was a "global phenomenon" and that several countries are currently experiencing supply shortages because of the COVID-19 pandemic. Photograph:( Twitter )

Pakistan's Prime Minister Imran Khan has admitted that commodity and fuel prices have skyrocketed in the nation, stating that the inflation issue keeps him awake at night.

During a live on-air program on Saturday, in response to a question about skyrocketing inflation, Imran Khan said that it was the only problem that "kept [him] awake at night", according to a report by Dawn.

Also read | In a first, Pakistan gets a female Supreme Court judge

Prime Minister Imran Khan also noted that the current inflation was a "global phenomenon" and that several countries are currently experiencing supply shortages because of the COVID-19 pandemic.

“The biggest challenge we face today is inflation & rising prices of commodities. I am well aware and cognisant of the issues being faced by the common man due to rising prices.” - Prime Minister @ImranKhanPTI #آپکا_وزیراعظم_آپکے_ساتھ pic.twitter.com/Y7qDjMA3v2

He also noted that when the Pakistan Tehreek-i-Insaf led government came to power, it had to deal with a massive account deficit, which led to an increase in import prices.

Imran stated that the US spent USD 6,000 billion for the welfare of the people during the pandemic, and Pakistan spent USD 8 billion.

"We must compare the situation of both countries," he added.

Moreover, the Pakistani Prime Minister noted that the UK and some European countries are currently experiencing record inflation.

Acknowledging that inflation has affected Pakistanis a lot, Imran said the salaried class has been the worst hit.

Asking the media to take a "balanced approach" when discussing inflation, he said that the media must inform citizens of the situation around the world.

“Criticism is important in every part of the world. I’ve always faced criticism, but there’s difference between criticism and propaganda/fake news”- Prime Minister @ImranKhanPTI #آپکا_وزیراعظم_آپکے_ساتھ pic.twitter.com/AaA2VkvM8X

The Prime Minister of Pakistan Imran Khan also warned the opposition parties that he was not willing to grant them any concessions and that forcing him to step down would make him more dangerous.

Responding to a question about the long march planned on March 23 by the Pakistan Democratic Movement (PDM), he said that the move would fail.

"If I take to the streets, then you (opposition parties) won't find any place to hide," Khan said, adding that he would be more dangerous if forced to step down.

Maulana Fazlur Rahman, the head of the PDM and Jamiat Ulema-e-Islam-Fazl, has declared that the opposition parties will march to Islamabad on March 23 in an effort to remove Imran Khan's "incapable and illegitimate" government.

Additionally, Khan slammed Shehbaz Sharif, the Leader of the Opposition in the National Assembly, and refused to speak with him.

"I get called out for not meeting Shehbaz as he is the Leader of the Opposition. (But) I see him as the nation's criminal," he said.

He accused the head of the Pakistan Muslim League-Nawaz (PML-N) of evading corruption charges by not responding to allegations.

According to Khan, his government will complete its current term and win the next general elections.

He claimed that the opposition was blackmailing the government and if he ever gave them any concessions it would be a "betrayal."