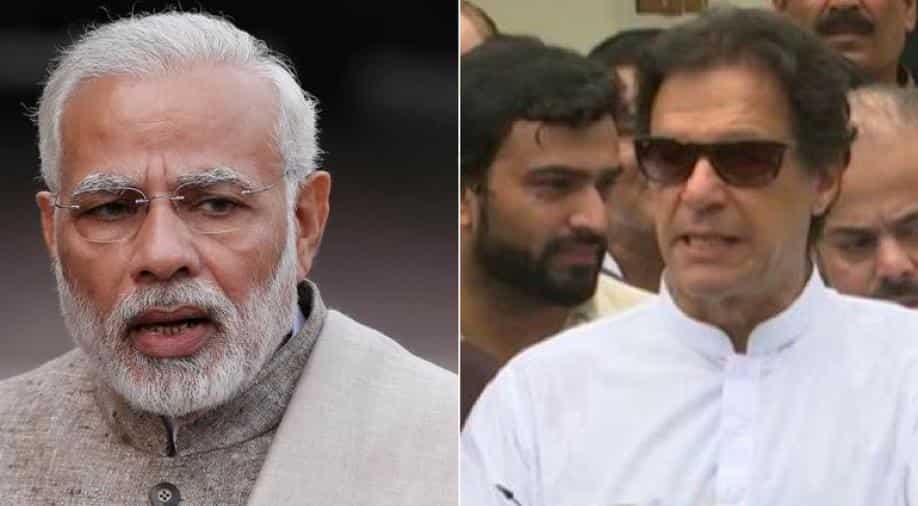 Pakistan's Prime Minister Imran Khan also tweeted out stating that he received a message from PM Modi on the occasion of Pakistan national day which is celebrated on March 23.

India has said Prime Minister Narendra Modi had written a letter to Pak Prime Minister Imran Khan as part of the diplomatic practice of writing to the Heads of state/Govt on their respective National Days. The letter is sent to all countries with whom India shares diplomatic relations.

Pakistan's Prime Minister Imran Khan also tweeted out stating that he received a message from PM Modi on the occasion of Pakistan national day which is celebrated on March 23.

According to Khan, PM Modi in his message said, "I extend my greetings and best wishes to the people of Pakistan on the National Day of Pakistan."

The unsigned letter was sent to the Pak government ahead of  Pakistan's National Day on March 23.

India has boycotted Pakistan National Day events in Delhi and in Islamabad as Pakistan had invited separatist Hurriyat leadership.

The Ministry of External Affairs spokesperson Raveesh Kumar, in a press briefing, said, "I can confirm India has decided not to send any representative. This decision was taken after Pak HC decided to invite the Hurriyat representative to the reception."

"You are aware of our reaction in the past, most recently in February. We are very clear, any attempt by Pakistan leadership or High Commission to engage with the Hurriyat leadership will not be taken lightly," Kumar added.

It is important to note that no Hurriyat leader was seen at Pakistani national day even though they were invited.

Pakistan national day commemorates the day when the Muslim League passed the Lahore resolution and called for the formation of Pakistan on March 23 1940. On the same day, in 1956, Pakistan adopted its constitution.