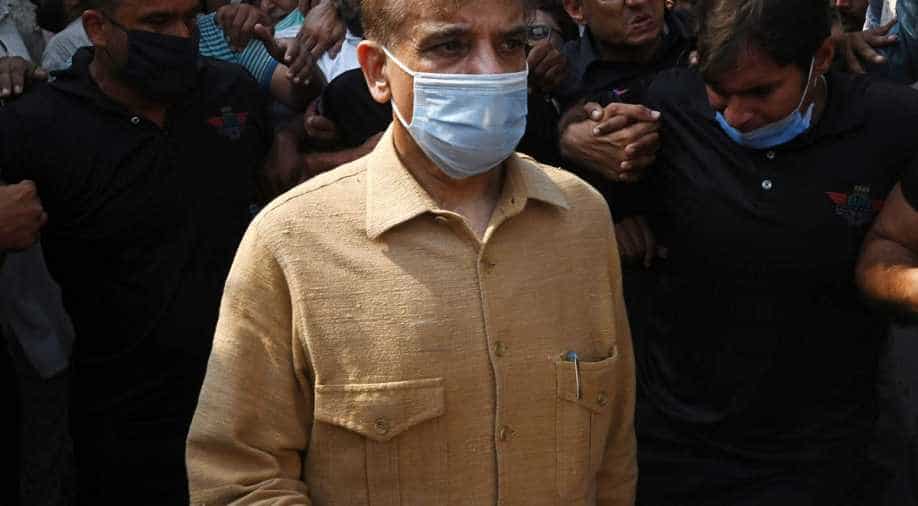 The Lahore High Court on Friday has granted conditional permission to Pakistan Leader of Opposition and PML-N President Shehbaz Sharif to travel abroad once for medical treatment.

"Keeping in view the past conduct and travel history, the fact that name of the petitioner is not in Exit Control List (ECL) at the moment, the name of the petitioner in blacklist, if already placed, will not stop the petitioner from a one-time visit to UK from May 8,2021, to July 3, 2021 for his medical checkup as per his personal commitment made before this court," said the interim order, a copy of which is available with Dawn.

Shehbaz had approached the LHC a day earlier to challenge the placement of his name on a travel blacklist/no-fly list and seek one-time permission to go abroad for medical treatment.

In the petition, filed through advocates Azam Nazir Tarar and Amjad Pervez, the opposition leader, who is on bail in multiple references of the National Accountability Bureau (NAB), contended that the government had previously placed him on the ECL.

During the hearing, Shehbaz`s counsel said that the government had put his name on the ECL in 2019 which was subsequently removed by the high court in March 2019.

"After that, the government devised a new method and put his name in the blacklist."

He informed the court that Shehbaz had already booked an appointment with a doctor in the UK for a check-up and his flight was booked for tomorrow.

Shehbaz, the brother of former Pakistan Prime Minister Nawaz Sharif who is in London since 2019, was arrested on September 28, 2020, in the money laundering reference after the LHC refused to further extend his pre-arrest bail.

After his arrest, he remained in the bureau`s custody for 23 days till the trial court sent him on judicial remand on October 20, 2020.

Shehbaz Sharif, the former Punjab Chief Minister, is accused of accumulating assets worth Pakistani Rs7,328 million in connivance with his co-accused family members, benamidars, front persons and close associations and for developing an organized system of money laundering.

The anti-graft watchdog has nominated a total of 20 individuals in the reference - Shehbaz`s wife Nusrat, his sons Hamza and Suleman, and daughters Rabia Imran and Javeria Ali.

Previously, Shehbaz was also arrested by NAB on October 5, 2018 in Ashiana-i-Iqbal Housing Scheme and later in the Ramzan Sugar Mills case. The LHC had released him on bail in both cases on February 17, 2019.