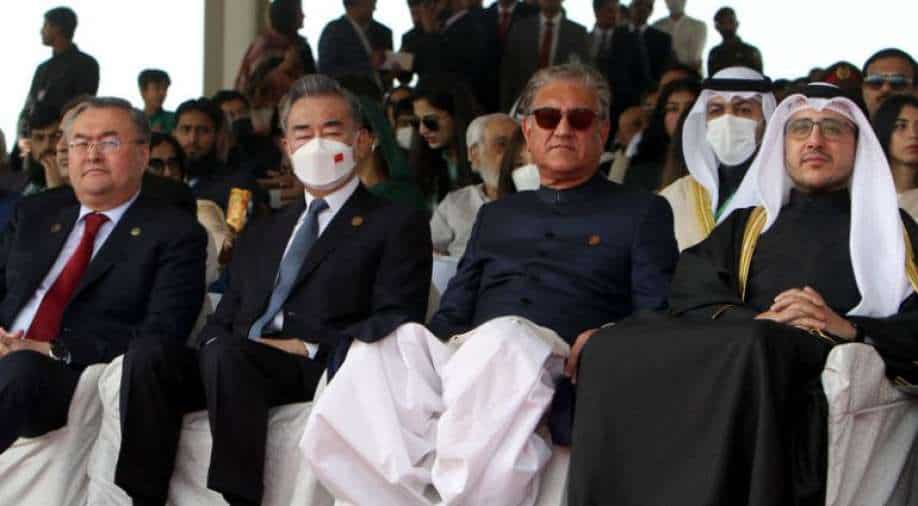 Pakistan on Wednesday (March 23) called for a ceasefire in Ukraine and suggested that Islamic countries and their close ally China mediate in the Russia-Ukraine conflict.

Speaking during a news conference after the closing session of the Organization of Islamic Cooperation foreign ministers’ conference in the Pakistani capital Islamabad, the country’s foreign minister said the meeting had concluded it was necessary to prevent deaths in the conflict.

“This session… has stressed the need for the establishment of humanitarian corridors to ensure safe movements of civilians and humanitarian supplies,” Shah Mehmood Qureshi told reporters.

He said OIC member states were ready to “support and facilitate” dialogue between Russia and Ukraine.

Chinese Foreign Minister Wang Yi was a special guest at the conference.

“(China and IOC members) are willing to work collectively and after deliberations, we are willing to play a role to mediate, and see that this conflict comes to an end,” said Qureshi.

Pakistani Prime Minister Imran Khan on Tuesday (March 22) made the same suggestion while speaking at the OIC meeting.

Khan's comments came hours after China and Pakistan echoed concerns about "spill-over effects of unilateral sanctions" on Russia, according to a statement by the Chinese foreign ministry.

China has not condemned Russia's invasion, though it has expressed concern about the war.