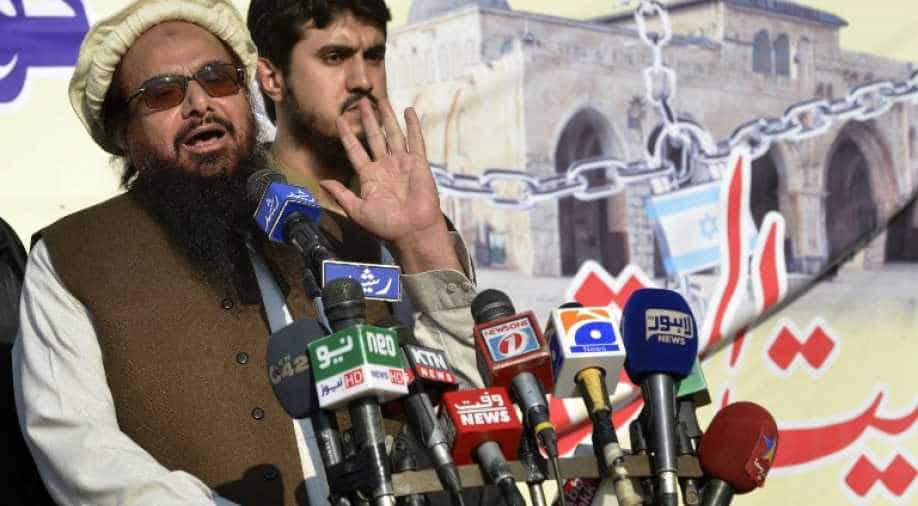 In a statement issued here late Thursday, the Counter Terrorism Department (CTD) of Punjab police said it arrested the three members during a raid on their hideout in Faisalabad, some 150 kilometres from Lahore.

Three members of the Mumbai attack mastermind Hafiz Saeed-led Jamaat-ud-Dawa have been arrested on the charges of terror financing in Pakistan's Punjab province, amid pressure from the global community on Islamabad to rein in the militant groups.

In a statement issued here late Thursday, the Counter Terrorism Department (CTD) of Punjab police said it arrested the three members during a raid on their hideout in Faisalabad, some 150 kilometres from Lahore.

"Millions of rupees have been recovered from their possession which they had collected for terror financing," it said.

The CTD also said a report had been submitted to the Anti-Terrorism Court in Faisalabad against them.

Last week, the Pakistani authorities arrested over 10 members of the Jaish-e-Mohammad (JeM) terror group in Punjab on similar charges.

A nation-wide crackdown against terror financing has been underway, police said.

The Pakistan government has launched a crackdown against the outlawed organisations under the National Action Plan 2015 to eliminate militancy and extremism from the country's soil.

The Imran Khan-led government has also announced the freezing of accounts and seizure of assets linked to organisations banned by the UN Security Council.

Jamaat-ud-Dawa (JuD) chief Saeed has been keeping a low profile after Prime Minister Imran Khan-led government took control of the JuD and its wing Falahai Insaniat Foundation's (FIF) properties, including seminaries and mosques, across the country.

On February 21, the Pakistan government announced it had banned the JuD and FIF, amid intense global pressure to rein in the militant groups following the February 14 Pulwama terror attack that killed 40 CRPF jawans.

Saeed has been barred from entering the JuD headquarters in Lahore and is reportedly spending most of his time at his Jauhar Town Lahore residence.

He has detained at camp jail Lahore for 90 days under a public security order.

According to officials, JuD's network includes 300 seminaries and schools, hospitals, a publishing house and ambulance service. The two groups have about 50,000 volunteers and hundreds of other paid workers.

The JuD is believed to be the front organisation for the Lashkar-e-Taiba (LeT) which is responsible for carrying out the Mumbai attack that killed 166 people. It had been declared as a foreign terrorist organisation by the US in June 2014.

The US Department of the Treasury has designated its chief Saeed as a Specially Designated Global Terrorist, and the US, since 2012, has offered a $10 million rewards for information that brings Saeed to justice.

Saeed was listed under UN Security Council Resolution 1267 in December 2008. He was released from house arrest in Pakistan in November 2017.