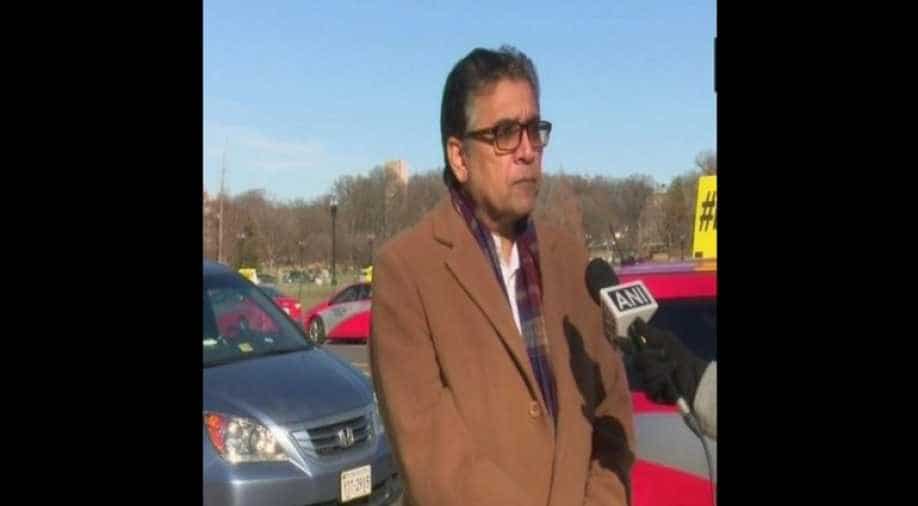 Nadeem Nusrat, the spokesperson for the 'Free Karachi' campaign has said that the Pakistan Army was carrying out "ethnic cleansing" on the minority groups in Pakistan, adding that they were in grave danger.

He extended full support on behalf of the Mohajirs to the Pashtun Tahafuz Movement and has urged all ethnic and religious minorities in Pakistan to form a greater alliance against Pakistan's inhuman policies in Sindh, Balochistan, Khyber Pakhtunkhwa, Federally-Administered Tribal Areas (FATA) and Gilgit Baltistan.

Nusrat strongly condemned the false cases registered against Manzoor Pashteen and the Pashtun leadership on raising voice against discriminatory policies of Pakistan Army and termed this act as a violation of fundamental rights.

He added that the policies of the current US administration have given a new zeal to freedom loving religious and ethnic communities in Pakistan and stated that the Mohajirs were committed to seeing a stable South Asia and that they will continue to play their important role in achieving the goal.

Nusrat reiterated, "The Free Karachi campaign stands firmly with their Pashtun, Baloch, Gilgiti and Hazara brothers and sisters. Along with the Mohajirs, they have faced 70 years of oppression at the hands of Pakistan Army and the Inter-Services Intelligence (ISI). The Punjabi-dominated elite of Pakistan Army has carried out systematic ethnic cleansing of every minority group in Pakistan and the intensity of this savagery continues to grow with every passing day."

"Just like Naqeebullah Mehsud, thousands of young Pashtuns, Balochs, Mohajirs, Gilgiti and Hazaras have been extrajudicially killed. Thousands have disappeared after being picked up by the Pakistani security forces and their families are living in a state of an unending fear and helplessness with no knowledge of the whereabouts of their kins," he said.

"The Pakistani military establishment in connivance with the racist Pakistan People's Party (PPP) leadership has also manipulated the census figures in urban Sindh for decades to show the population of Karachi and other urban areas of Sindh less than half of the actual numbers," he added.

Continuing his tirade against the Pakistan Army, Nusrat stated that the "racist military establishment" and the "Punjabi ruling elite" had purposely diverted Karachi's resources to areas of their choice in order to create huge economic, social, educational and constitutional disparity in the minority communities.

He also alleged that religious minorities were also being systematically targeted in Pakistan, which led to the drastic reduction of Hindu and Christian populations in Pakistan.

The Mohajir Americans have led the 'Free Karachi' campaign in Washington DC and are tirelessly working to highlight the gross human rights abuses against minorities in Pakistan by its army and intelligence agencies.