Pakistan is only a democracy in name, not in reality: Former ambassador Husain Haqqani 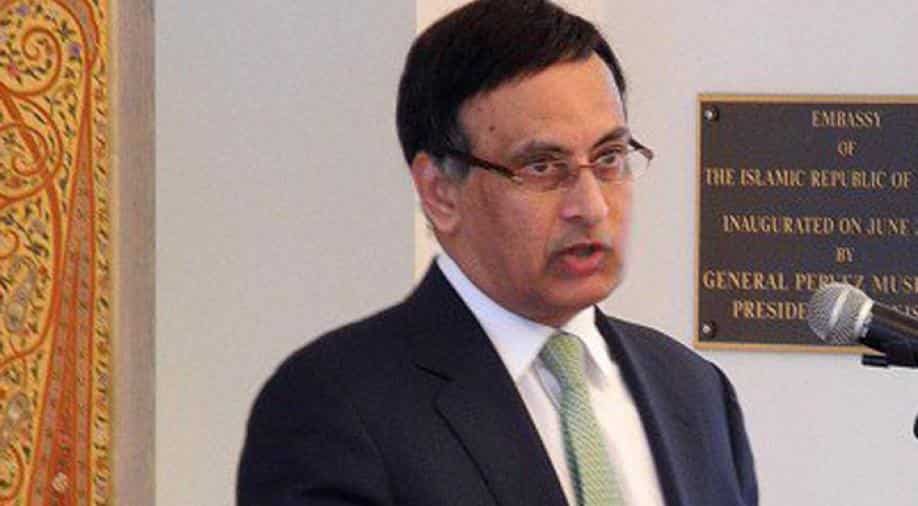 Addressing a conference titled 'Democracy, Human Rights and Ending Terrorism in Pakistan', Husain Haqqani, the former Ambassador of Pakistan to the US said, 'Pakistan is only a democracy in name not in reality.'

Progressive Pakistani thinkers have expressed their grave concerns over Pakistan's drift towards authoritarianism, expansion of the military's control over public policy and weakening of civilian institutions.

Addressing a conference titled 'Democracy, Human Rights and Ending Terrorism in Pakistan', Husain Haqqani, the former Ambassador of Pakistan to the US said, "Pakistan is only a democracy in name not in reality."

The event was organised by South Asians Against Terrorism & for Human Rights (SAATH) Forum.

He raised concerns over growing threats to minority communities and the deteriorating human rights situation in the country where the elected government has failed to protect civil rights.

Assurances given by current Pakistan Army Chief (General Qamar Javed Bajwa) proved sufficient to halt target killings of Hazara citizens in Balochistan, which raises questions as to why similar assurances and actions were not available under previous army chiefs, Haqqani said.

He added, "Sindhi and Balochi language provinces are the oppressed groups and communities in Pakistan. Their culture and languages are being eliminated in the name creating a uniform country. Countries don`t become strong by eliminating diversity - they become strong by embracing it."

The participants denounced blocking of websites, including Voice of America (VOA), stifling of debate and freedom of media.

The conference condemned the practice of abductions of journalists and bloggers and threats to Pakistani dissidents and social media activists abroad.

The conference demanded action to be taken against hate groups and extremist organisations like the Tehreek-e-Labaik Pakistan (TLP) and Jamaat-ud-Dawa, also known as Lashkar-e-Taiba, ostensibly being mainstreamed by the security establishment.

Haqqani said the people of Pakistan are paying a huge price for sheltering these terrorists.

He said, "The memories of Peshawar attack haunts the Pakistanis till today in which many students were massacred by the terrorists. We want a country where children can safely go to school rather than becoming targets of terrorists many of whom were cultivated by Pakistan itself."

The conference was attended by Congressmen Brad Sherman who showed his concern over the forced conversion of Hindu and Christian girls in Pakistan.

He said, "We see the issue of forced conversions of about 1000 young women in Pakistan forcibly converted after marriage 70 per cent of them being Hindus. I want to condemn this in legislature."

"Media in Pakistan was fully controlled in 1971. We did not hear about the atrocities in East Pakistan. We did not know about the loss of half of our country," said Haqqani in his concluding remarks.