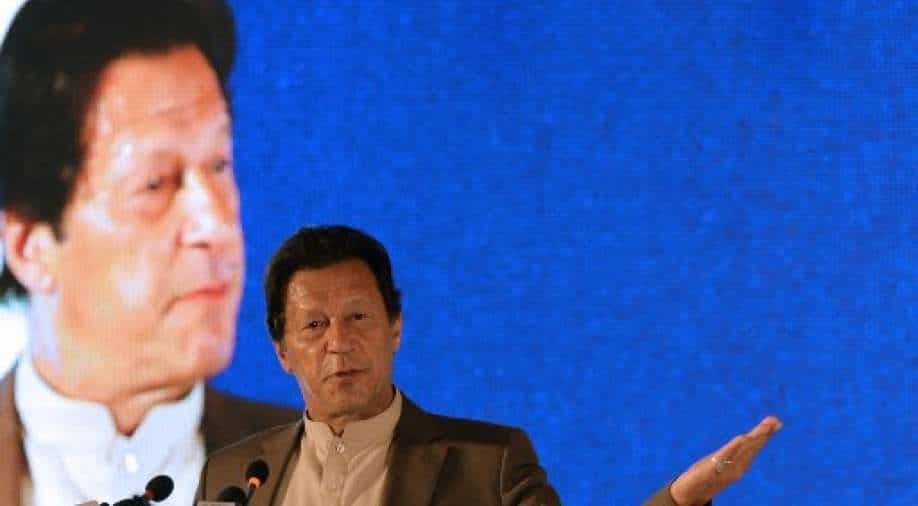 Opposition members shouted slogans inside the parliament, while supporters of Khan were arrested and removed from the Parliament House premises.

In a day of swift drama, Pakistan's president dissolved its parliament on Sunday on the advice of Prime Minister Imran Khan, who asked for fresh elections in a TV address just as the National Assembly deputy speaker dismissed a no-trust session against the government as unconstitutional.

President Arif Alvi's move came moments after Khan said in his address to the nation, “I call upon the people of Pakistan to prepare for elections.”

In yet another bizarre, unprecedented scene, the opposition 'chose' a Speaker, Ayaz Sadiq, and held its parallel session in parliament.

Suri himself was filling in for Speaker Asad Qaiser, against whom the opposition had submitted a no-confidence motion just hours before the session started.

Fawad Choudhury, information minister in the government who earlier slammed in parliament the no-trust move as a "foreign conspiracy", tweeted that Khan would continue as prime minister till elections are held, adding that the cabinet was dissolved.

"The Prime Minister will continue his duties under Article 224 of the Constitution. The Cabinet has been dissolved," he tweeted.

Opposition members shouted slogans inside the parliament, while supporters of Khan were arrested and removed from the Parliament House premises.

Pakistan People's Party leader Bilawal Bhutto Zardari said that the united opposition will stage a sit-in inside the National Assembly and its lawyers will challenge the move by Khan in the Supreme Court.

Security has been made tight both in Islamabad and other cities and large gatherings banned in the capital.

The Supreme Court had banned earlier any gatherings inside the so-called Red Zone, a high-security area in the capital.

Junior minister for Information and Broadcasting Farrukh Habib tweeted that fresh elections will be held in 90 days, but it remains to be seen if that's possible, given the opposition's legal challenge.