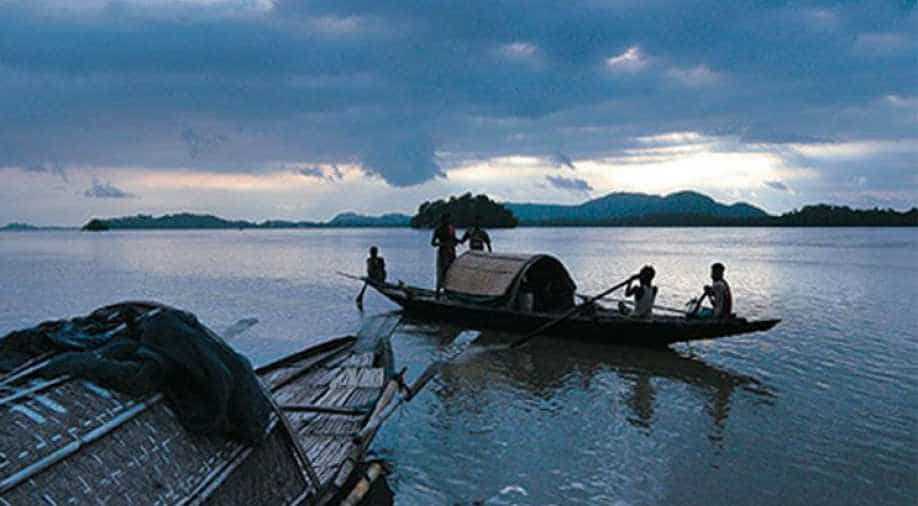 As we know that a significant portion of India is dependent upon rivers flowing from China for its sustenance. The existence of such rivers keeps China in a somehow upper hand situation where it can control the flow of water to affect India, Nepal and Bangladesh significantly. These rivers bring in more than 2000 cubic km of water annually into India. There are major rivers like Brahmaputra, Indus, Sutlej and the seven stream Kosi River of Nepal which brings about 48 cubic kilometres of water flow annually into the Ganges River System. The Tibetan watershed is so prominent that as per reports of United Nations, over half of the world’s population is affected by the rivers flowing out of Tibet.

Over 8 major Tibetan Rivers, China has built over 20 dams in the last two decades or so, and some of them can really be called as Mega Dams. Not only this, as per its thirteenth 5-Years Plan which was released last year, China plans to build more hydro-power dams on the Tibetan rivers. Though the planned figures are not yet available but as per media reports, China plans to build 40 more dams of different sizes in the Tibetan watershed.

India is not the first victim of China’s water politics. Earlier, Thailand, Laos, Vietnam and Cambodia also protested over the building of 8 hydropower dams on the River Mekong which is considered lifeline of these countries but their protestations have gone in vain. The resultant effect on the ecology of these countries is now visible.

In case of India, China’s accelerated programme to harness increasing amount of energy from water is going to trigger serious environmental disturbances which include natural disasters, fragile ecosystems of the region and diversion of riverine routes. Thus, it is with some amount of alarm that India receives the announcement of a 2000MW Suwalong Project over one of the tributaries of Brahmaputra.

But the immediate strategic threat is now haunting us- the Chines Water bomb. The reservoirs of these dams are a serious security concern for us. China’s dam projects are known to the world but the matter of concern in the current scenario is that the neighbouring country is not sharing its hydrological data with Government of India in a real-time scenario. The most recent example is of this year itself where this data was not shared since May 2017 and, thus, resulted in the loss of over 50 lives and affected over 3.5 Million people in 25 districts during monsoons. This flood was considered the worst in last 29 years.

This can also be taken as a tool to blackmail India. If China stops the water of these rivers, India and Bangladesh will have water crisis resulting in famine. On the other hand, if it releases the water without any significant warning, the same will cause devastating floods in the region. The whole of North India (dependent upon Bhakhra Nangal Dam of Sutlej), Eastern India (Bihar and West Bengal dependent upon the water of Kosi River System) and entire North East (Brahmaputra River) are under serious threat now.

Recently, senior Assam government officials also raised concern about the construction of some riverine tunnels to divert water from Brahmaputra River. On analysing, it was found that there were reports in the Chinse media that China is testing some technology to construct 1000 km long tunnel so that it can carry water from Tibet to Xinjiang province in the Taklamakan Desert. This is an area which is likely to be the hub of China’s One Belt One Road (OBOR) and China Pakistan Economic Corridor. China needs a large amount of water there. This kind of ecological disturbances is very serious for the existence of the entire human race.

So, what India should do now?

The solution lies in the optimum utilisation of the Himalayan watershed, especially the rivers originating in India. The ambitious project of linking of rivers will also help in case of any crisis. India should also harvest its share optimally out of the western rivers as per Indus River Treaty with Pakistan. As of now, we are not utilising our own share optimally.

India should also consider strengthening our disaster-management system, earmarking key areas where its people may get affected. The concrete disaster management strategy will save precious lives in the future.