Opinion: China, not terrorism, is why US stopped aiding Pakistan 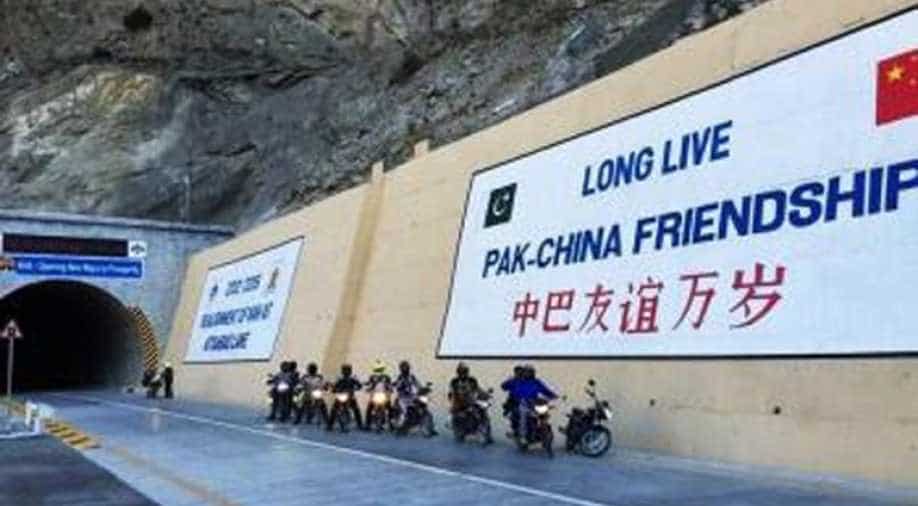 Soon after the start of the cold war, the US was looking for someone who can help him in Central Asia and, especially, in the mountainous country of Afghanistan which had become a playground for the mighty Soviet forces. India being the trusted ally of USSR was ruled out and, hence, the natural selection of an adversary of India was imminent. Pakistan became an ally and launch pad for US actions towards the USSR.

Pakistan to create a properly trained group of Mujahidin in Afghanistan started Operation Cyclone in 1978. Running under the Reagan Doctrine, this program recruited almost 100,000 highly trained Afghan guerrillas to fight Soviet forces in Afghanistan between 1978 and 1992. As per unofficial inputs, Pakistan was paid aid, military equipment and cash worth almost 20 billion Dollars at that time.

Soon after the US started its intervention in Iraq, the Mujahidin aligned against it under the leadership of Osama bin Laden and declared war which resulted in 9/11. It was the money, training and military equipment, given by the US to these forces, which came to be used against America. Overnight, Osama Bin Laden and Jalaluddin Haqqani who were the trusted ally of CIA became enemies.

Once again, America needed an ally for war against so-called terror in Afghanistan, and there was none except Pakistan. In subsequent years till 2017, almost 33 billion US Dollars were given to Pakistan in direct or indirect aid. Since Pakistan, because of its hatred for India, is totally aligned in creating a frontier against India, most of this assistance was used in procurement of weapons and military equipment for its Army. Pakistani leaders, especially, General Parvez Musharraf encashed the relationship with the US and siphoned off billions of Dollars in terms of reimbursements to services which were never provided.

Pakistan's ISI turned into a source for training and equipping Mujahidin, and a group of its officers became extremely close to the fighter leaders. In the name of so-called Islamic brotherhood, they started supporting them. With it the main problem started.

While America’s 'No One' enemy Osama bin Laden was absconding and the US forces were searching for him across the globe, he was enjoying the hospitality of ISI officials in a safe cantonment in Pakistan. Reports say that the house in which Osama bin Laden stayed for so many years was built as a safe house by the ISI only and later given to the Al-Qaeda supremo for his stay.

Pakistani authorities thought they will be able to fool the United States the same way they had been doing for the last so many decades.

Over 6 decades of corrupt politicians and with low GDP, the country was on the verge of bankruptcy and immediate funding was required to address some critical military concerns. So, while the aid continued to flow, the terrorists also kept enjoying the hospitality, training and funding of ISI discreetly. The creation of the Taliban, as well as the training and support to various Kashmiri terrorist groups, was no longer a secret. The United States cautioned Pakistan on several occasions but since the aid continued, Pakistan considered this as a mere verbal threat.

America had no alternative to Pakistan and, hence, the funding continued but with a gradual reduction in aid over the last three years. War against the terror can be considered one of the main reason but the factors which led to a sudden change in US behaviour are different.

Pakistan’s proximity to China played a vital role in straining its relationship with the US. It was under the influence of China that Pakistan started neglecting some of the key concerns of America. Not only this, the anti-US sentiments in Pakistan came out in open in the forms of rallies and protests which were supported by the government officials. Not only this, the senior leaders of the country, including Pak Army started criticising Drone attacks openly, and extremist leaders declared war against the US. Certainly, it has become a catch 22 situation for the US to handle an ally like Pakistan.

The stopping of support funds for Pakistan is not something unexpected. Pakistan knew it and had been preparing for it for long. It created a close relationship with China who in turn is trying to influence the West by its OBOR initiative, the CPEC and the String of Pearls.

China’s actions are exactly similar to the way USSR started building its influence in Central Asia and the Middle East in the early 80s. Whether it is Pakistan, North Korea, Sri Lanka, Djibouti, Latin America or the South China Sea, China is seemingly expanding everywhere. Chanakya once said that the right way to counter a potent enemy is to first cut down its weaker allies. The US is doing the same.

President Donald Trump is getting a much more potential ally in India which can help him to counter both Pakistan and China. India itself had been the worst victims of terrorism and, hence, going to play a very vital role in South Asia in the coming decades.

Currently, Pakistan is going through political turmoil and there is no leadership left. The possibility of a military coup cannot be ruled out either. Hence, America must be extremely cautious in selecting Pakistan as its partner.

India and the US have many things in common. Indians residing in America contributes significantly to the US economy and the key people in the team of Mr Trump are India supporters. Mr Trump being a businessman understands well about profits and losses of any relationship and, understandably, can foresee a clear profit in a long term relationship in the potent leadership of Prime Minister Modi.

In a nutshell, it is evident that there are multiple reasons for this topsy-turvy relationship between the US and Pakistan. Terrorism is one of the smaller concerns only but the bigger reason lies in the further east of Pakistan- China and its expanding influence in Asia.