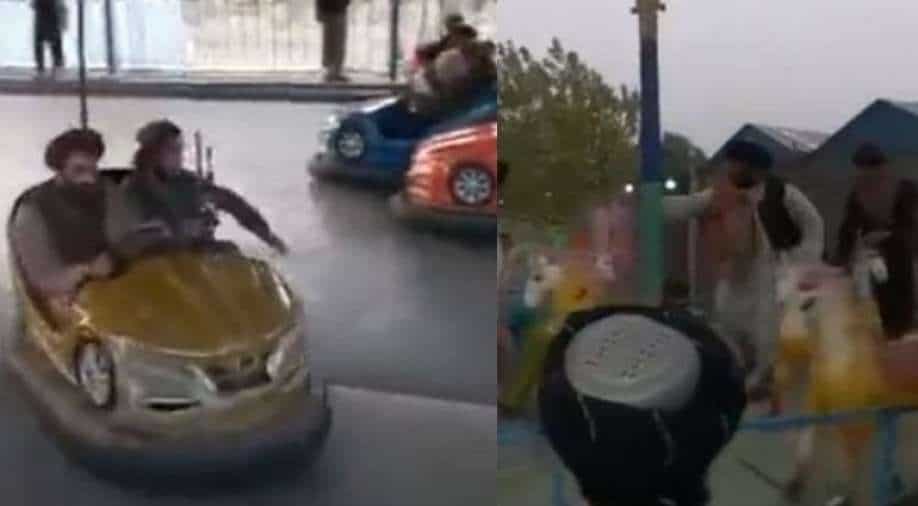 The Taliban have made it illegal for men and women to visit amusement parks on the same day, instead assigning them to different days of the week.The Afghan government has also instructed Afghan airlines to prohibit women from flying unless they are accompanied by a male relative.

The abrupt reversal shattered the notion that the Taliban now had a more "moderate" leadership, and such confidence was further shattered a few days ago when the Afghan government reversed a vow to allow girls to attend school.

In an odd move, the Taliban have now imposed gender separation in Kabul's amusement parks.

Limiting such mixing at amusement parks will exacerbate worries about women's and girls' rights.

The Taliban's Ministry of Virtue and Prevention of Vice issued an order that all Kabul rides and games be open to ladies and girls from Sunday to Tuesday, and boys and men from Wednesday to Saturday.

Under the seven-month-old dictatorship of girls and women, the UN and other international monitors have frequently warned of abuses, including extreme restrictions on their movement, freedom to work or travel, and the capacity to carry out even the most basic areas of public life.

"The Taliban regime is now officially a gender apartheid authoritarian police state, "Tamim Asey, executive chairman of the Institute of War and Peace Studies and the Council on Foreign Relations of Afghanistan, tweeted after the park ban was announced, adding, "The regime, while a de facto reality... merits no recognition and legitimacy," RFE/RL reported.