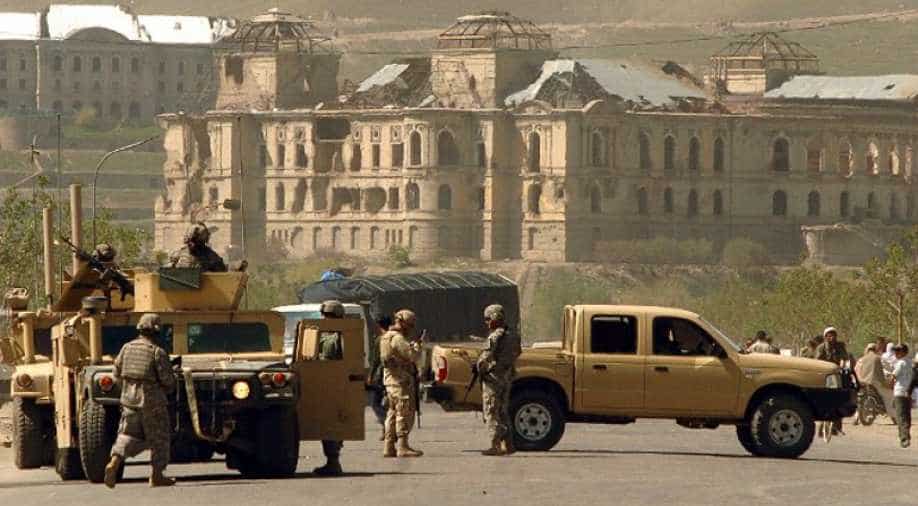 The message is the first by Akhundzada since his predecessor Akhtar Mansour was killed during a US drone strike in neighbouring Pakistan in May. In image: US soldiers stand near the scene of an explosion in Kabul, April, 2007. Photograph:(AFP)
Follow Us
New Taliban leader Haibatullah Akhundzada on Saturday called on the US to end its "occupation" of Afghanistan in his first message since being appointed the militant group's chief in May.

"Admit the realities instead of useless use of force and muscle and put an end to the occupation," Akhundzada said in a speech on the eve of Eid-al-Fitr, the Muslim festival marking the end of the fasting month of Ramadan.

"Our message to the American invaders and her allies is this: the Afghan Muslim people neither fear your force nor your stratagem. They consider martyrdom in confrontation with you as a cherished goal of their life," Akhundzada added.

"You are facing not a group or faction but a nation. You are not going to be a winner (if Allah willing)."

The message is the first by Akhundzada since his predecessor Akhtar Mansour was killed during a US drone strike in neighbouring Pakistan in May.

The leader's statement comes two days after twin Taliban bomb blasts killed at least 32 Afghan policemen and wounded 78 others on the edge of Kabul.

"Our message to the supporters of the invaders is that it might have been dawned on you during the past 15 years that you are being used for realisation of American goals," Akhundzada said, adding that "your support and siding with invaders is like the work of those abhorrent faces who in our past history supported the Britons and the Soviets," he added.