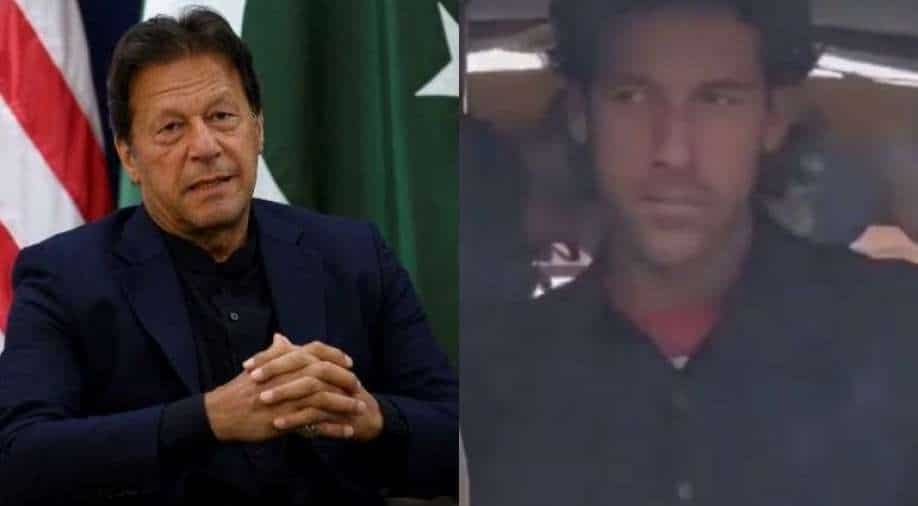 A video is doing the rounds on Twitter in which Khan's lookalike, a big and tall young man, seen sitting inside an autorickshaw in Sialkot

In the generation of the social media, every now and then netizens amaze users after finding doppelganger of other celebrities and now a lookalike of Pakistan Prime Minister Imran Khan has been found.

A video is doing the rounds on Twitter in which Khan's lookalike, a big and tall young man, seen sitting inside an autorickshaw in Sialkot.

The video immediately went viral and the netizens didn't lose an opportunity to crack some jokes and take a dig at Khan.

A Twitter user wrote that the Pakistani PM has disguised himself to take stock at the situation of the country.

Lol @ how the guy is observing everything as well. Like it’s IK undercover 😄 https://t.co/2okB19bPVz

Even his aura matches with the vibe that a younger IK sent forth.

Another netizen said that the mystery man looks like a son of Hrithik and Imran.

"If Imran Khan & Hrithik Roshan had a son," the user commented on the video.

If imran Khan & Hritik roshan had a son: https://t.co/uiGdSzJT0S

In another hilarious post, a user said that even this person can "run" the country better than Pakistani PM.

"Even this guy can run this country better than Khan saab," the user wrote on Twitter.

Even this guy can run this country better than Khan saab. https://t.co/Bjo8P8IRIP

Meanwhile, Pakistan's Saama TV identified the man as Shah Hussain, insisting that the lookalike is originally from Kalam Valley in Swat district.

The report added that the region faces harsh climate during this time which leads to several people migrating to other parts across the country in search of work and shelter.