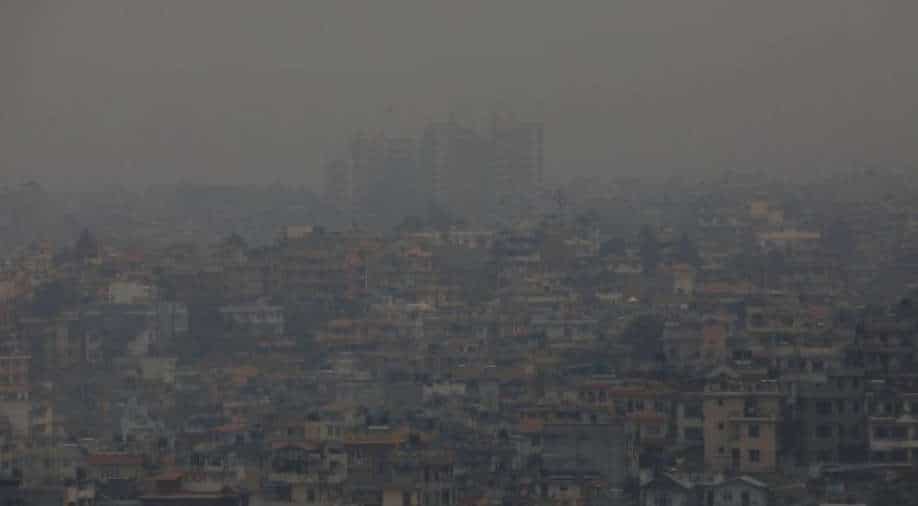 A portion of Kathmandu valley is pictured during a smoggy day as the government has ordered schools to close for four days after the air pollution climbed to hazardous levels, forcing millions of students to stay home across the country, in Kathmandu, Nepal  Photograph:( Reuters )

Nepal has ordered schools to close for four days after air pollution climbed to hazardous levels, forcing millions of students to stay home across the country.

Nepal, with a population of 30 million people, is located in the Himalayas between China and India.

Air pollution is a chronic problem in the rapidly growing capital city of Kathmandu and an additional headache for the government that is struggling to contain the coronavirus pandemic.

Over the weekend, pollution levels hit their highest in the capital since the government began keeping records in 2016, government official Shankar Paudel told Reuters.

Education ministry spokesman Deepak Sharma said about eight million students have been affected by the closures.

Air quality in the capital has deteriorated recently but average pollution readings were not available.

"This also adds to the risk of COVID-19," said Sher Bahadur Pun, a doctor at a tropical and infectious disease hospital in the capital.

Arjun Khadka, 65, who owns a grocery store in Kathmandu, said he experienced itching and burning sensations in the eyes and nose which could be due to pollution.

"I don't remember this level of pollution in Kathmandu in the past," Khadka told Reuters.

People must stay safe indoors and not come out except for emergencies, the health ministry said.

Officials at Nepal's only international airport in Kathmandu said poor visibility, which was down to 1,000 metres on Monday, widely disrupted flights.