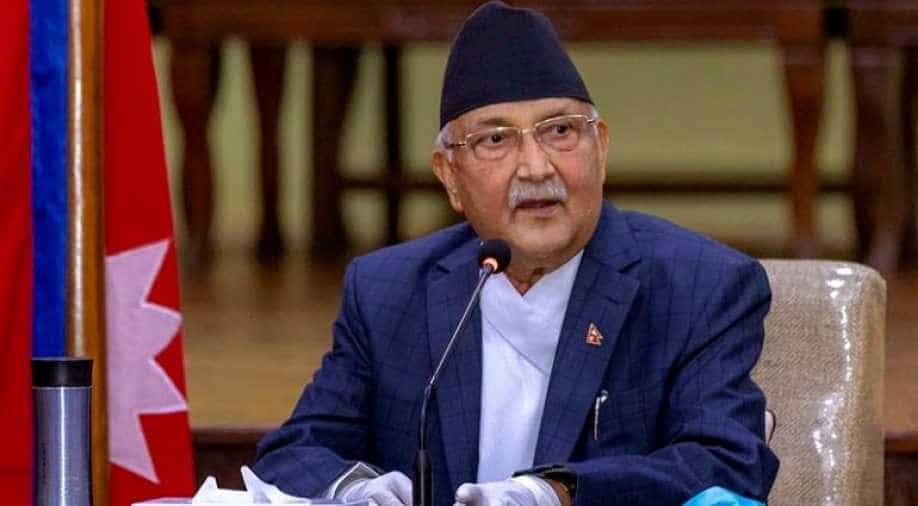 Nepal's president dissolved parliament on Sunday at the request of the 68-year-old Oli and announced general elections would be held more than a year ahead of schedule, prompting about a dozen petitions in the country's top court

Nepal's Prime Minister K.P.Sharma Oli on Monday said his decision to dissolve parliament was the only way to resolve disputes and non-cooperation in his party that have led to a "state of inaction".

Nepal's president dissolved parliament on Sunday at the request of the 68-year-old Oli and announced general elections would be held more than a year ahead of schedule, prompting about a dozen petitions in the country's top court.

Police detained about a dozen protesters near Oli's office to prevent large-scale rallies against him.

Seven ministers stepped down after the dissolution, saying it violated the popular mandate given to them in a 2017 general election.

The dissolution of parliament is the first since Nepal became a republic in 2008. Constitutional lawyers said Oli's decision could plunge the Himalayan country into political turmoil.

"I fear there will be more political instability," said Bhimarjun Acharya, a constitutional lawyer.

Oli has lost support within his Nepal Communist Party (NCP) over recent months, with some members accusing him of ignoring them when making policy decisions and appointments.

They had called on Oli to step down.

Diplomatic sources in Kathmandu said the dissolution was a last resort to safeguard Oli's political career after he lost majority support in the party.

"The dissolution of parliament and fresh elections were not my choice," Oli said in his first comments on television after the decision. It was aimed at taking the country out of a "state of inaction," he said.

President Bidhya Devi Bhandari on Sunday set April 30 and May 10 as dates for the general election on the advice of Oli's cabinet.

But court hearings on petitions against the dissolution were set to begin this week.

"Under the constitution, the prime minister has no prerogative to dissolve parliament," said lawyer Dinesh Tripathi, who is one of the petitioners.

"It's a constitutional coup. I'm seeking a stay order from the court."

The political upheaval adds to the problems posed for Nepal's tourism-and-remittance-dependent economy by the COVID-19 pandemic. Nepal has registered 254,514 coronavirus infections and 1,795 deaths.