Nepal parliament dissolved; mid-term polls to be held in April-May 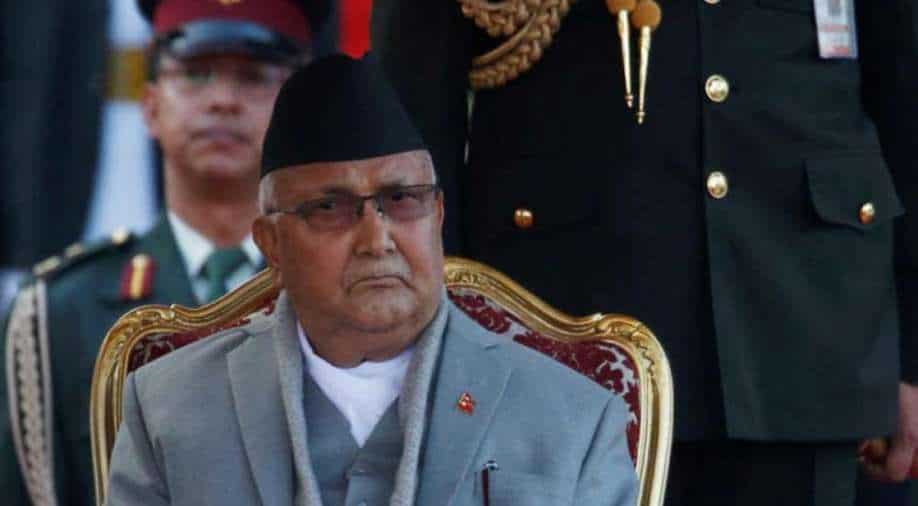 The decision to dissolve the House of Representatives was taken at an emergency meeting of the Cabinet on Sunday morning.

The first phase of polling will be held on April 30 and the second phase on May 10.

She dissolved Parliament as per Article 76, clause 1 and 7, and Article 85 of the Constitution of Nepal, according to the notice.

Earlier, an emergency Cabinet meeting chaired by Prime Minister Oli decided to recommend the President for the dissolution of Parliament's House of Representatives.

The 275-member House of Representatives, which is the lower house of Parliament, was elected in 2017. The upper house is National Assembly.

The move comes as the intra-party feud reached climax in the ruling NCP which has been witnessing months long tussle between two factions, one led by 68-year-old Oli and Party's chairman and another led by 66-year-old Prachanda, also the executive chair of the party and former premier.

Oli, who led an alliance with former Maoist rebels to a landslide victory in 2017, has faced criticism for sidelining his Nepal Communist Party and working through a small coterie of supporters.

"Instead of seeking a compromise within the party he chose to dissolve parliament."

Oli aide Rajan Bhattarai said the prime minister had made the move due to the backlash against him from his party, which had also asked him to consider quitting as its president.

The next general election had been due in 2022.

After his 2017 win, Oli had vowed to fight corruption and poverty but made little progress, especially as the COVID-19 pandemic hammered the poor Himalayan country's tourism-dependent economy.

Infections of the virus that causes the disease have reached 253,184 with 1,777 COVID-19 deaths in the country of 30 million people.

Sandwiched between China and India, Nepal is also influenced by the priorities of the giant neighbours keen on expanding their say in the strategically placed country.