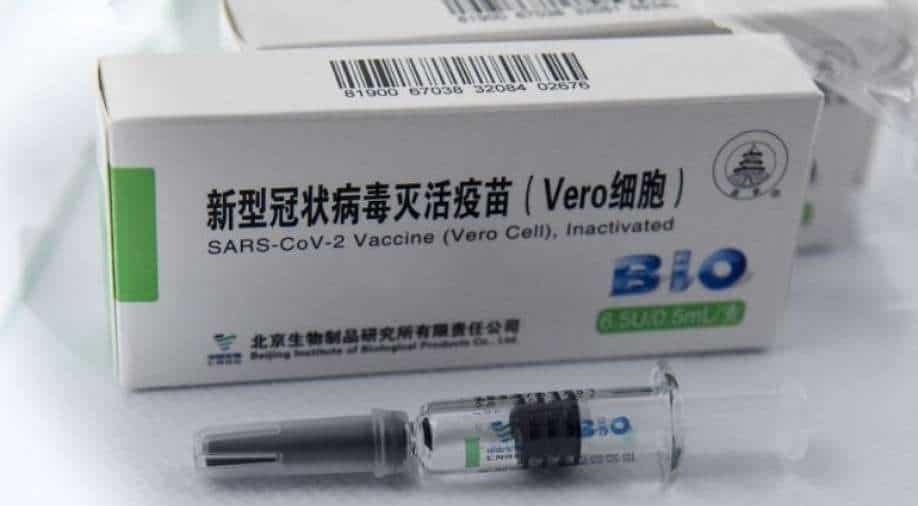 This picture shows a syringe and boxes of the Chinese Sinopharm Covid-19 vaccine Photograph:( AFP )

President Bidhya Devi Bhandari made calls to the Chinese leader and wrote to the presidents of India, the United States and Britain

Nepal resumed its stalled coronavirus vaccination campaign on Tuesday with 1 million doses given by China after the Himalayan nation made international pleas for help with a shortage of doses.

Thousands of people, all 64 years old, lined up at vaccination centers even before they opened. People aged 60 to 63 are scheduled in the coming days.

Nepal's vaccination campaign began in January but was stalled when neighbouring India suffered a coronavirus surge and banned exports of the AstraZeneca vaccine it produces.

Nepal had received 1 million AstraZeneca doses donated by India and paid for 2 million more but never received half the shipment.

That left 1.4 million people over age 65 who received an initial dose of AstraZeneca vaccine still uncertain if they will receive their second.

China's first donation of 800,000 doses of Sinopharm vaccine in March was snapped up quickly.

President Bidhya Devi Bhandari made calls to the Chinese leader and wrote to the presidents of India, the United States and Britain.

Another 1 million doses donated by China arrived this month.

“I am the happiest person today. I finally got the vaccine and I am now protected,” businessman Pawan Khanal said at a Kathmandu vaccine center.

“I want to really thank the government.”

“Not only me, but my family is also a lot safer now because we got our vaccine,” said another recipient, Gopal Shrestha, who came with his wife.

City and health officials said they had been frustrated because of not being able to provide answers to people desperately seeking vaccines. “Everybody wants to get vaccinated and protect themselves,” said Saroj Dhoj Mulmi, a city council member.

Nepal's coronavirus cases are declining after a lockdown imposed when infections surged. In April and May, hospitals were treating patients in corridors, parking garages and waiting areas while struggling with shortages of medicine and oxygen.

The 4,472 new cases of COVID-19 reported on Monday were about half of the daily numbers reported last month.