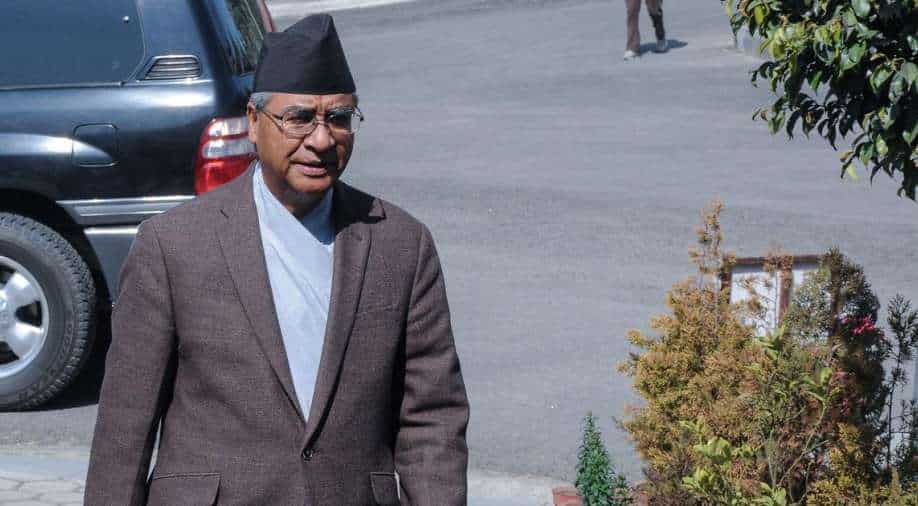 In this file photo, Nepal PM Sher Bahadur Deuba can be seen in Kathmandu Photograph:( Agencies )

The ban has come into effect starting Tuesday and will last until mid-July 2022, the end of the current fiscal year.

The Nepal government on Tuesday imposed a ban on the import of 10 luxurious goods to ease the crisis of depleting foreign exchange reserves.

In the notice, the Ministry of Industry, Commerce and Supplies said the ban will not apply to those who have completed the banking process before April 30.

The ban has come into effect starting Tuesday and will last until mid-July 2022, the end of the current fiscal year.

As per the notice, cigarettes and tobacco-related products, diamonds have been banned.

Additionally, mobile phone sets, TVs with screens bigger than 32 inches, automobiles like jeeps, cars, vans except for ambulances and hearses, and motorcycles above 250cc are also banned.

Import of toys, alcohol, playing cards and snacks like Lays and Kurkure have also been prohibited.

According to Nepal Rastra Bank statistics, during the eight months of 2021-22, imports increased 38.6 per cent to Rs1.30 trillion compared to an increase of 2.1 per cent a year ago.

The current account deficit remained at Rs.462.93 billion compared to Rs.151.42 billion in the corresponding period of the previous year.

The balance of payments (BOP) remained at a deficit of Rs258.64 billion in the review period against a surplus of Rs.68.01 billion in the same period of the previous year.

Earlier, the government had imposed restrictions on the import of other luxury items.

Following this, the traders were told to keep a 100 per cent margin amount to open a letter of credit to import alcoholic drinks, tobacco, silver, furniture, sugar and others.

Nepal heavily relies on remittances, which have also decreased by 3 per cent.