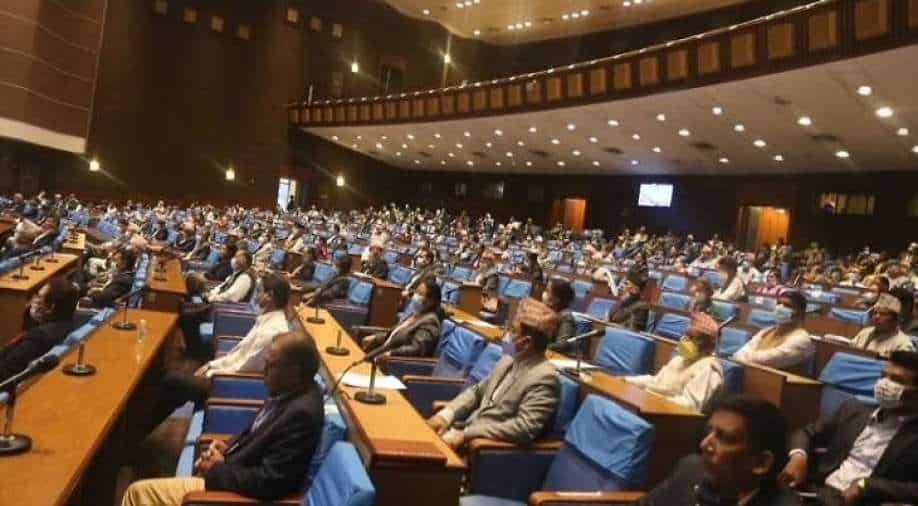 The Nepal government on Sunday announces its annual budget of Rs 1.793 trillion for the fiscal year 2022-23, highlighting 'Make in Nepal’ and ‘Made in Nepal’ campaigns as rising imports increase the country’s economic vulnerability.

Presenting the budget at the joint session of the parliament, Finance Minister Janardan Sharma said the budget’s main focus is on inclusive development, inflation control, providing adequate resources to subnational governments, and a self-reliant economy.

“The programs run by the private sector like ‘Make in Nepal’ and ‘Made in Nepal’ will be supported by the government. Provisions made for the use of domestic products in government and public offices,” Sharma said.

“Venture capital to be promoted and funds to be established for the promotion of manufacturing industries. Nepal government will promote Made in Nepal companies,” he added.

“The government will focus on production and agriculture to decrease imports by 20 per cent. A national campaign will be launched to increase agriculture production to achieve self-reliance,” the minister said.

At a time when the government is being criticised for its inefficiency in controlling the inflationary pressure, Finance Minister Sharma assured to rein inflation within the 7 per cent limit.

The Nepal government has pledged to increase employment by 30 per cent annually.

Following the impact on the tourism sector for the last two years, the incumbent government has set a target of attracting 1 million tourists in the upcoming fiscal year and allocated Rs 9.38 billion to the tourism sector.

A mountaineering research centre would be set up in the Mt Everest region, while Rs 330 million has been allocated for the construction of the Great Himalayan Trail.