Nadia Ghulam: The woman who disguised herself as a man for 10 years to survive 'torture' of Taliban 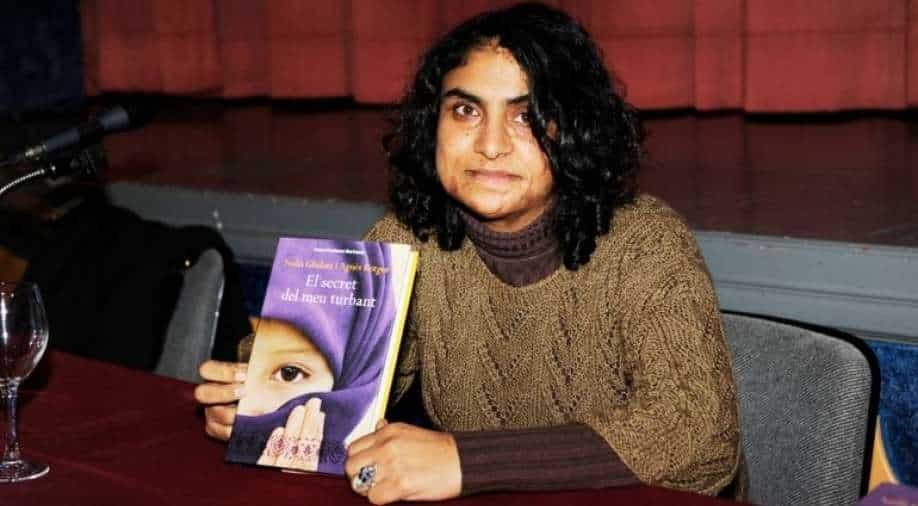 Nadia Ghulam dressed like a man for 10 years just to go to work and support her family. Her poignant story is re-emerging as a point of discussion as Afghanistan is back in the control of the militant group.

Writer Nadia Ghulam, an Afghan refugee living in Catalonia, Spain, had to disguise herself as a man to survive the 'torture' of the Taliban during its rule two decades ago. Her poignant story is re-emerging as a point of discussion as Afghanistan is back in the control of the militant group.

Her life, like many other Afghan women, has been marked by the consequences of a cruel civil war, hunger, and the Taliban regime.

Nadia, born in 1985, dressed like a man for 10 years just to go to work and support her family. She was able to leave Afghanistan thanks to an NGO 15 years ago for treatment for wounds caused by a bomb, but her family remains in the country.

When she got settled in Catalonia as an Afghan refugee, Nadia wanted to explain her story, and she did so with the collaboration of the journalist Agnès Rotger in the novel “The secret of my turban.”

Ghulam has warned for years that the Taliban had never left Afghanistan, but rather the United States “sold the film" of peace that was a "lie."

According to Ghulam, the attitude of the United States, the European Union and other international forces that have been in Afghanistan for years is "more than a betrayal" as she says they have armed the population, spurred governments marked by corruption, and are now leaving. “It's all out of control," she says.

Ghulam leads the Bridges for Peace association from Badalona, an organisation that helps 35 girls in Afghanistan go to school and read.