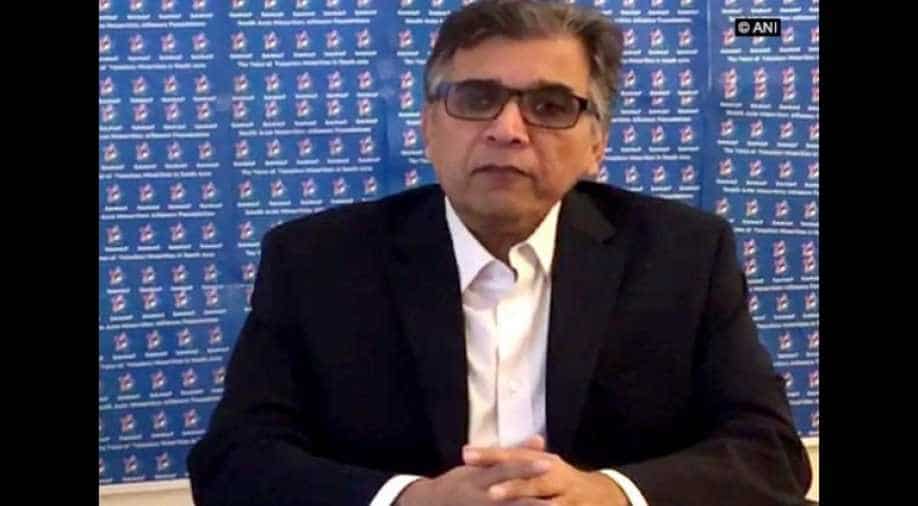 Nusrat also commended the decision of the Pakistani Supreme Court to revoke the death sentence awarded to Asiya Bibi and termed it courageous. He also stated that blasphemy law in the region has been widely abused and is consistently used against the country's poor religious minorities, Asiya Bibi being one of the victims of the same.

Highlighting the details of the violence that ensued in the wake of the top court verdict, Nusrat said, "mobs of violent vigilantes came on the streets soon after the news broke out and set off hundreds of vehicles, shops and other private and government properties on fire. Open death threats to judges were issued publicly and soldiers of Pakistan army were asked to take up arms and kill their officers. Despite this open display of lawlessness and calls for more violence, the Pakistani military, which spares no effort in crushing peaceful protests by ethnic Mohajirs, Balochs and Pashtuns, failed to take any action against these militants."

He also claimed that the clerics who previously staged an illegal sit-in in Islamabad were responsible for the current wave of violence and asserted that not only was the lawless crowd allowed to continue the sit-in for weeks, but Inter-Services Intelligence (ISI) officials handed out cash to participants to go back after their demands were met.

Nusrat asserted that Pakistan's military agencies supporting religious proxies is a matter of public knowledge and similarly the groups involved in the latest spate of violence have also enjoyed full support from the same agencies. He blamed the establishment's overt and covert support for not pressing charges against 'foul-mouthed, venom spewing clerics'.

He went on to caution that Pakistan's control is fast slipping into the hands of religious extremists who, he claimed, enjoy support from powerful elements within Pakistan's military establishment. "This is a dangerous situation for world peace in general and peace in South Asia in particular, as Pakistan is a nuclear-armed country. The world must pay attention to this growing threat before it gets completely out of hand."

"No one should be allowed to abuse any religious personality or religious sentiments and beliefs of any group of people, but blasphemy laws in Pakistan have been widely abused and have been used to unfairly target the country's poor religious minorities. This abhorrent practice must come to an end now," he said in a written statement.

Nusrat also raised a demand for fool-proof protection to the Supreme Court judges who revoked the death sentence of Asiya Bibi.

Pakistan's Supreme Court on Wednesday ordered for Bibi's immediate release after acquitting her of blasphemy charges. The Chief Justice of Pakistan, Mian Saqib Nisar, read out the verdict and reversed the trial court's order which sentenced her to death.