Millions malnourished in Pakistan despite abundance of food 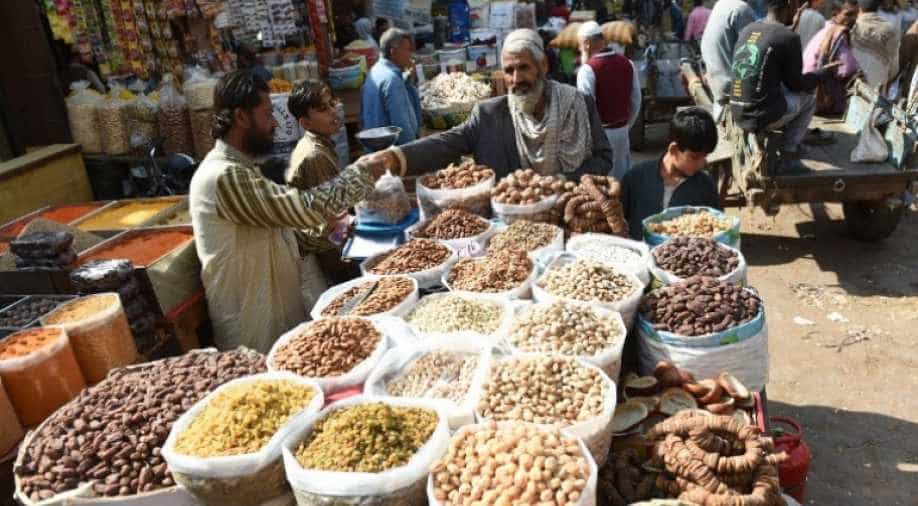 Of the 150-250 patients who come in each day, roughly one fifth are suffering from malnutrition, Dr Dilip Kumar, head of the paediatric department, tells AFP.

A frantic mother cradling her seven-month-old baby rushes towards the special paediatric ward in a desolate Pakistan town, his eyes are blank and he is smaller than most newborns.

He is starving in a country that has no shortage of food, but which has one of the highest infant mortality rates in the world and where malnutrition is rife.

The infant weighs just 2.5 kilograms -- the average for a healthy child of that age is almost three times that.

His case is not unique for the doctors at the Mithi Civil Hospital in hunger-stricken Sindh province where millions survive on less than $1 a day.

Of the 150-250 patients who come in each day, roughly one fifth are suffering from malnutrition, Dr Dilip Kumar, head of the paediatric department, tells AFP.

Inside the ward, nine other malnourished infants are crying inside glass incubators. A young mother, Nazeeran, clutches the hand of her toddler.

"Her weight is dropping, even though we consulted many doctors," the 25-year-old says.

The International Food Policy Research Institute (IFPRI), a poverty and hunger watchdog, estimates around one in five of Pakistan's more than 200 million people are malnourished.

And yet, the nation is not short of food -- in fact, according to the US Department of Agriculture, it is projected to export 500,000 tons of wheat from May 2018 until April 2019, and 7.4 million tons of rice in the same period.

Dawn, the English-language daily newspaper, even reported a potato glut earlier this month.

The issues, experts say, are socio-economic -- that is, just because food is available, does not mean people can access it.

"There are four key pillars of food security in Pakistan: The first is availability, then accessibility, utilisation and stability," says Dr Ambreen Fatima, senior research economist at the Applied Economic Research Centre of the Karachi University.

In Tharparkar, where Mithi Civil Hospital is, all four are lacking, she explains, adding that in other parts of the country they are present only to varying degrees.

"Pakistan is quite well off in wheat production," comments Dr Kaiser Bengali, a veteran economist, who has done field research on poverty and hunger in the country, but adds that much of it is sold for export.

This means ordinary people in the country may not have access to it, and if they do they may not have the resources to pay for it.

"Affordability is the biggest challenge here in Pakistan," he says.

Karachi is Pakistan's financial capital, but Bengali says he has seen alarming examples of poverty and deprivation there.

"In our surveys we came across the kids who had never eaten an apple, and when we offered him an apple he was reluctant to take the bite wondering whether it was an edible thing or not," Bengali reveals.

"In another case a family had never had eggs in their whole lives," he adds.

A survey of the state-run Planning Division in 2017 found that 40 per cent of Pakistan's population lives in multi-dimensional poverty.

That means they are not just short of money but are also facing a shortage of basic needs, including health, clean water, and electricity, among other factors -- all of which can impact their access to food.

"Poor physical infrastructure, particularly in the remote rural areas throughout Pakistan is also a limitation on access to food and influences market prices," according to a recent statement from the Food and Agriculture Organization (FAO).

"This is also linked to inadequate water and sanitation, education and health service delivery, which together with the lack of awareness of appropriate dietary intake contributes to greater food insecurity and malnutrition."

Tharparkar district is frequently highlighted in Pakistan's media because of its high rate of child deaths, with politicians blaming the situation on drought -- but economists and physicians say that is not the sole explanation.

Bearing large numbers of children from a young age takes its toll on women's health, but also impacts the well-being of the foetus and ability to breastfeed a newborn.

In Pakistan, only 38 per cent of babies are fed breast milk exclusively during their first six months in line with UN recommendations.

This low figure is blamed on local traditions, the heavy workloads of mothers and powerful marketing by the milk industry.

Many mothers are told to feed their newborns tea, herbs, which can stunt growth. Some are unnecessarily persuaded to use formula instead of breastmilk by doctors.

This can introduce health problems if the water use to make it is unclean, or if poor families scrimp on the amount of powder to create the drink.

Sindh's high number of child deaths are the result of a vicious poverty cycle that begins with malnourished mothers, agrees Bengali.

He adds: "An infant is not fed with wheat or solid food."