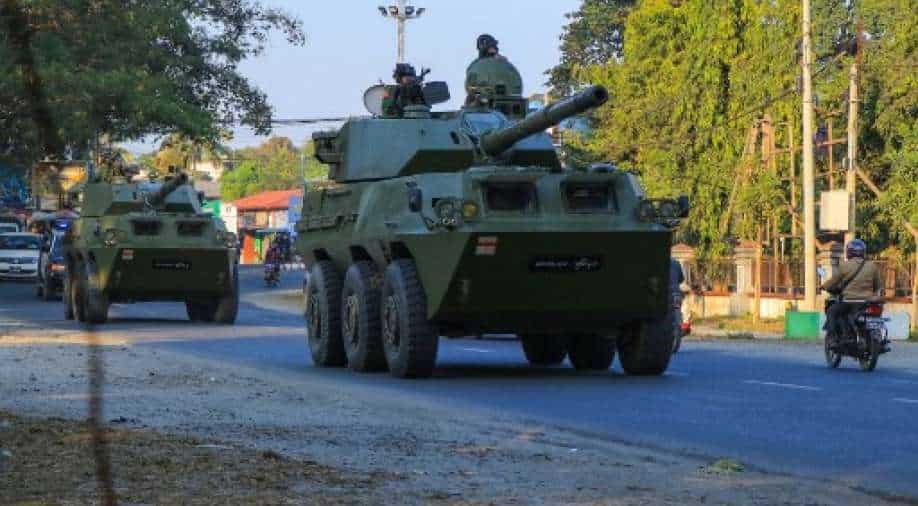 A 28-year-old Rohingya man has been arrested over the murder, Bangladesh police said Friday

A militant group accused of killing a popular Rohingya leader in a Bangladesh refugee camp said on Friday it was "shocked and saddened" by his death, pointing the finger at "unidentified criminals".

Mohib Ullah was gunned down late Wednesday in one of the camps in east Bangladesh which are home to over 700,000 Rohingya Muslims who fled a 2017 military crackdown in Myanmar.

He had received death threats from the Arakan Rohingya Salvation Army (ARSA), who were enraged by his growing popularity in the camps, activists told AFP. His brother has openly accused ARSA of his murder.

But in a Twitter statement on Friday, ARSA said Mohib Ullah was "reportedly assassinated by unidentified transnational border-based criminals".

"It is time for bringing the criminals to their accountability instead of finger-pointing with baseless and heavy accusations," the statement added.

On Friday UN High Commissioner for Human Rights Michelle Bachelet called for a "prompt, thorough, and independent investigation" into the killing.

A 28-year-old Rohingya man has been arrested over the murder, Bangladesh police said Friday.

"I don't know if he is a member of ARSA," commanding officer Naimul Haque told AFP.

"More information will be known after interrogation."

ARSA were behind a spate of attacks on Myanmar security posts in 2017 and are also blamed for attacks on Hindus living in Rohingya villages in the country's western Rakhine province.

Mohib Ullah had set up the Arakan Rohingya Society for Peace and Human Rights, a rights group that documented atrocities allegedly committed against the Rohingya by the Myanmar military during its 2017 offensive.

The military crackdown prompted hundreds of thousands of the long-oppressed mostly Muslim minority to flee into Bangladesh, where they remain four years later in squalid refugee camps.

The former schoolteacher rose to prominence after his group held a grand rally on the second anniversary of the crackdown in 2019, which an estimated 200,000 Rohingya attended.

That year, Mohib Ullah also met then US president Donald Trump at the White House during a meeting on religious freedom, and spoke at a UN Human Rights meeting in Geneva.

Up to 25,000 people attended his funeral prayers at the main Kutupalong camp on Thursday, police said. Nazir Hossain, a Rohingya leader, said there were 200,000.