Land of myths and hypocrisy: Nepal turns blind eye towards own mistakes 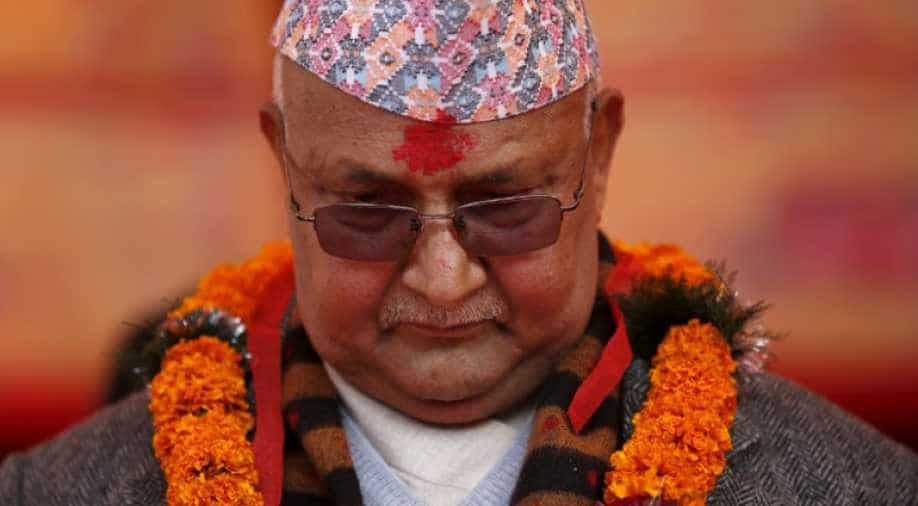 Every nation and government likes to spin myths about itself. But there are nations like Nepal where myth-making is an established form of art.

Some of the myths plaguing this Himalayan republic include India being a threat to its territorial sovereignty and China being its guardian angel which will safeguard its territories.

Nepal has banned all Indian news channels, except DD News, for alleged propaganda against the country.

Nepal government spokesperson Yuvaraj Khatiwada said: "We request all not to disseminate news that infringes sovereignty and self-respect of Nepalis. This includes the media of neighbouring countries. We might seek both political and legal remedies."

However, it is highly hypocritical of the Oli government to claim righteousness as his intention behind the step when he himself made fun of India's motto 'Satyamev Jayate' when he said he would ask the country if it believes in the principle of 'truth prevails' or the 'lion prevails'.

While Oli has raised questions on the Indian media he has very conveniently forgotten the objectionable content Nepal propogated against India through various sources of communication.

Nepal's FM channels have been beaming propaganda along India's border and anti-india speeches are being slipped in between Nepali songs to brainwash Indians.

Nepal says the Indian media has ''crossed all limits'' when its forces opened fire at the Bihar-Nepal border on June 12 and killed an Indian citizen.

Experts believe the step to be distraction amid the rising protests against Oli who thanks to stint and China's help has managed to keep his seat for another week.

The standing committee of the Nepal Communist Party was supposed to meet today and was expected to pass a resolution on Oli's political future.

Oli would have been asked to resign from one of the two posts he currently holds, that is, the prime minister of Nepal and the co-chairman of the NCP. But for now he will hold onto both these positions because this meeting has again been posptponed.

It is believed that Chinese forces were behind this postponement. Chinese ambassador met with Hou Yaqni, the co-chairman of the Nepal Communist Party on July 9, the same day the ban on Indian media was imposed in Nepal.

Nepal's parliament on June 13 adopted unanimously the Constitution Amendment Bill, paving the way for accommodating the updated political-administrative map, which includes Indian areas of Kalapani, Lipulekh and Limpiyadhura, in its symbol.