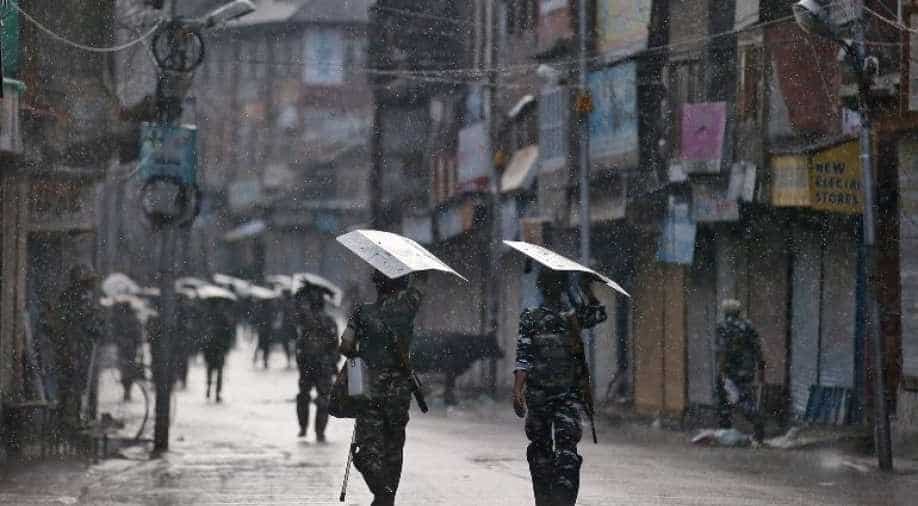 Indian security forces personnel patrol a deserted street during restrictions after the government scrapped special status for Kashmir, as it rains in Srinagar. Photograph:( Reuters )

Islamabad has found itself completely isolated despite desperate attempts aimed at internationalising the Kashmir issue.

In an embarrassment to Pakistan, its lawyer at the International Court of Justice Khawar Qureshi has said that it would be "extremely difficult" for his country to prove the charge of genocide in Kashmir for want of evidence.

Qureshi's statement comes at a time when Pakistan is blatantly threatening to approach the ICJ against India over Kashmir after India abrogated Article 370, which gave special status to Jammu and Kashmir.

The lawyer said that Pakistan can approach the ICJ under the Genocide Convention of 1948 to which both the South Asian nations are signatories.

"ICJ is the main court of the United Nations. There is a convention called the Genocide Convention of 1948 to which Pakistan and India both are signatories. The state that has committed genocide, about to commit genocide or and failing to prevent genocide can be made the subject to the proceeding before the ICJ," Khawar Qureshi said during a talk show on a Pakistan news channel 92 News.

"However, in the absence of these pieces of evidence, it is extremely difficult for Pakistan to take this case to the ICJ," he said.

India's decision has been hailed internationally with several countries calling the move as India's internal matter even as Pakistan has been trying to internationalise the issue.

Islamabad has found itself completely isolated despite desperate attempts aimed at internationalising the issue.

However, Pakistan has been told to engage bilaterally with India to end tensions. India has repeatedly made it clear that talks with Pakistan are only possible after Islamabad stops sponsoring terror.