Kabul's evening of mayhem: 12 US soldiers among 60 killed in terror attacks, say reports 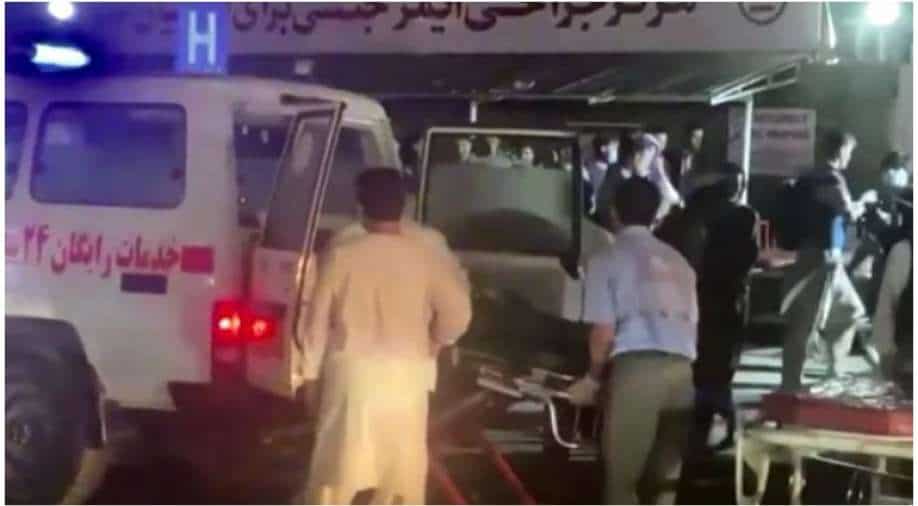 The attack has shaken the sould of the torn nation

Three powerful blasts outside Kabul's Hamid Karzai International Airport claimed at least 60 lives on Thursday, as per numbers reported by BBC. 12 US soldiers lost lives in the blast as well. The blasts took place even as hundreds of Afghans were gathered outside the airport in order to try and escape the Taliban-ruled Afghanistan. Taliban condemned the attack on Twitter. Two blasts took place in the evening while third took place hours later.

The attack created chaos at the airport. It came just hours after after Western nations warned of an imminent terror threat. The blasts came close to the August 31 deadline for US troops withdrawal.

In the immediate aftermath of the attacks, social media was flooded with gruesome images and videos. One of the unverified video also showed bodies semi-submerged in a canal near the airport.

In another picture, a boy was seen clutching the arm of a man whose clothes were soaked in blood.

The Pentagon said "a number" of US troops died in what spokesman John Kirby called a complex attack.

US President Joe Biden had earlier cited an "acute" terrorist threat from the regional chapter of the Islamic State jihadist group.

The Taliban condemned the blasts, saying they were in an area under US military control.

"The Islamic Emirate strongly condemns the bombing targeting civilians at Kabul airport," said a statement released by Mujahid on Twitter.

Shortly after the blasts the White House said Biden was being briefed on the attack, delaying a planned meeting with Israel's visiting prime minister and cancelling another event.

NATO Secretary-General Jens Stoltenberg said allied forces should continue to evacuate as many vulnerable people as they can from Kabul despite what he branded a "horrific terrorist attack".

I utterly condemn the barbaric terrorist attack in Kabul in which Afghans and members of the US military lost their lives.

The threat of terrorist attack is one of the constraints we’ve been operating under, but our evacuation effort continues with over 12,000 extracted so far. pic.twitter.com/DXCFPj9KQC

Statement on this morning's attack at #HKIA: pic.twitter.com/Qb1DIAJQJU

Praying for the three U.S. Marines and innocent civilians injured in the terrorist attacks near Kabul Airport today. America must do whatever it takes to protect our troops and our citizens stranded in this disastrous withdrawal. God bless them all.

Though it has not accepted the responsibility officially, it is suspected that Islamic State is behind the attack.

In recent years, the Islamic State's Afghanistan-Pakistan chapter has been responsible for some of the deadliest attacks in those countries.

It has massacred civilians at mosques, shrines, public squares and even hospitals.

Also Read | ISIS-Khorasan: What you should know

The group has especially targeted Muslims from sects it considers heretical, including Shiites.

But while IS and the Taliban are both hardline Sunni Islamist militants, they are rivals and oppose each other.