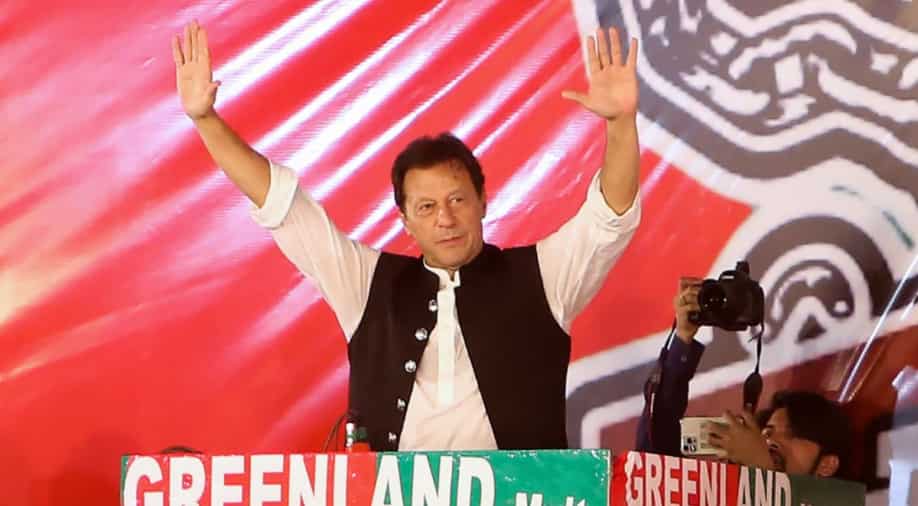 Former Pakistani Prime Minister Imran Khan, who was ousted by opposition parties through a no-confidence motion, gestures as he addresses supporters of the Pakistan Tehreek-e-Insaf (PTI) party during a rally in Multan Photograph:( AFP )

Islamabad police published a traffic plan showing a complete blockade of the capital, backed up by a heavy security presence

All major roads leading to the capital Islamabad have been blocked by the authorities on Wednesday, after ousted prime minister Imran Khan made a rallying call for march to the city centre in a bid to force early elections and bring down the current government.

The security has been beefed up in the capital city as the march has raised fears of violent clashes between supporters of Khan and security forces.

Calling the rally an attempt to "divide the nation and promote chaos", Prime Minister Shehbaz Sharif has vowed to stop Khan's supporters from gathering into the city,

On Wednesday, Islamabad police published a traffic plan showing a complete blockade of the capital, backed up by a heavy security presence.

Entry and exit points on key highways towards Islamabad were blocked by police in the nearest main cities of Peshawar, Lahore and Multan.

We have entered Punjab and will InshAllah be heading towards Islamabad.
No amount of state oppression and fascism by this imported govt can stop or deter our march.#حقیقی_آزادی_مارچ pic.twitter.com/NMRNRU2F3G

According to local media reports, schools and neighbouring Rawalpindi have been closed and all exams cancelled, while a state of emergency was declared at all hospitals.

Meanwhile, the cricketer-turned-politician on Wednesday evening said that his long march had entered nearby Punjab city and is heading towards Islamabad.

"No amount of state oppression and fascism by this imported govt can stop or deter our march," the former premier wrote on his official Twitter handle.

The PTI chief in a fresh statement to his supporters this evening asked them to take to the streets following the top court’s verdict regarding the venue of the political gathering.

I urge the entire nation to take to the streets with their families after the decision of the Supreme Court,” Imran said in a video statement released from an undisclosed location.

The former premier added that he was on his way to the famous D-Chowk and asked his supporters to come out of their homes to convey a message that they won’t accept anyone’s subservience.