India targets Pakistan on terror at UN: 'What you sow will bear fruit' 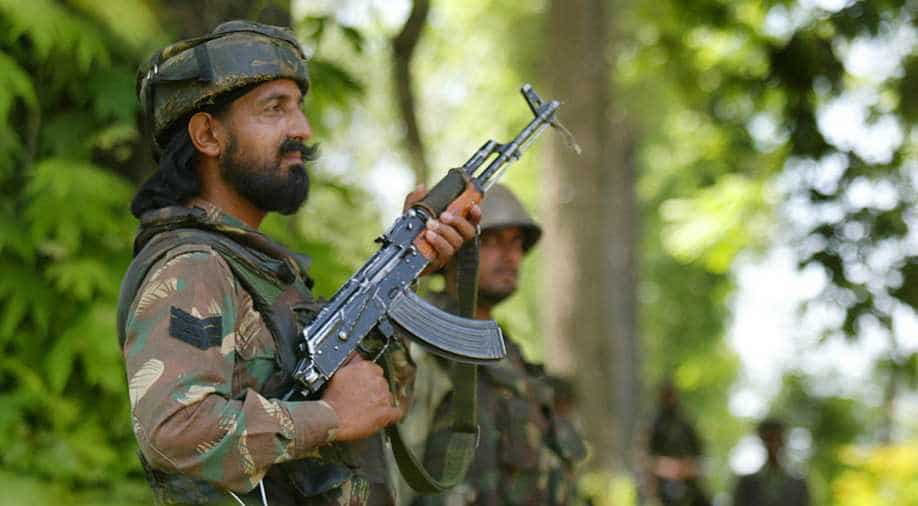 The terrorist was killed in the Anantnag district of Kashmir. Photograph:( Getty )

A day after the National Investigation Agency (NIA) filled a charge sheet against Jaish-e-Mohammed (JeM) chief Masood Azhar in the Pathankot attack, India took on Pakistan at the United Nations and called on the hostile neighbour to leave behind its ways of terrorism, with the warning saying that, "what you sow will bear fruit".

Speaking at the United Nations Security Council, India's permanent envoy to the UN Syed Akbaruddin in a veiled attack on Pakistan, said that safe havens being provided to terrorists must be dealt with in order to bring sustainable peace.

"We need to address, as an imperative, the support that terrorist organisations like the Taliban, Haqqani Network, Daesh, Al- Qaeda and its designated affiliates such as Lashkar-e-Toiba and the Jaish-e-Mohammed which operate entirely outside the fabric of international law draw from their shadowy supporters outside Afghanistan," he said.

Quoting poet Rumi, Akbaruddin said "what you sow will bear fruit. If you've any sense my friend, don't plant anything but peace," which seemed to be a clear message to Islamabad to refrain from stooping to terrorism.

The NIA on Monday filed a chargesheet in the NIA special court against senior commanders of Jaish-e-Mohammed including its Chief Maulana Masood Azhar, for their involvement in the terrorist attack at Pathankot Airbase on 2nd January, 2016.