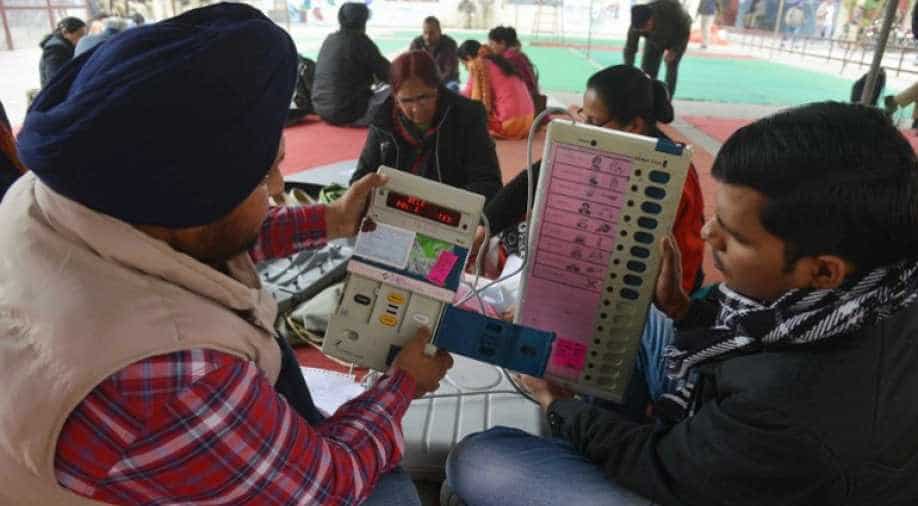 A brisk 53 per cent turnout has been recorded in the first six hours of voting in the Indian state of Goa on Saturday where the ruling BJP is battling it out with the opposition Congress, AAP and an alliance of MGP, Shiv Sena and GSM for the 40-member House.

Election Commission of India's data from various polling booth showed that about 53 per cent of 11.10 lakh voters turned up to exercise franchise in the first six hours.

An impressive 83 per cent voting was recorded in the state in 2012 assembly polls, which saw the BJP wresting power from the Congress.

Defence minister Manohar Parrikar, widely seen as the chief ministerial face of the BJP, union minister Shripad Naik and chief minister Laxmikant Parsekar were among the early voters who cast their ballots. Long queues were seen outside almost all the polling stations right from the morning in the state.

Except for minor incidents of EVM failures, which were soon rectified, and cancellation of voting in one booth, polling is progressing peacefully in over 1,642 booths across the state, to decide the fate of 250 contestants in the fray.

The election is being closely fought by major political forces BJP, Congress, AAP and MGP-led alliance, who have mounted a hectic campaign. The polls will decide the future of Goa's five former chief ministers Churchill Alemao, Pratapsinh Rane, Ravi Naik, Digambar Kamat and Luizinho Faleiro and the incumbent Laxmikant Parsekar.

BJP has put up 36 aspirants, Congress 37 and AAP is contesting on 39 seats, and each of them backing independents in a few seats. BJP, which had a pre-poll alliance in 2012, is going at it alone this time, after the MGP snapped the partnership and forged a front with Goa Suraksha Manch floated by RSS rebel Subhas Velingkar and Shiv Sena.

Punjab witnessed a sluggish voter turnout of 14 per cent till 11.30 am. Polling began in the state amid heavy security earlier today, with 1,145 candidates contesting across 117 seats. Poll for the first phase will conclude at 5 pm Nearly two crore voters will decide the fate of 1,145 candidates, including 81 women. 22, 615 polling stations have been set up, with over one lakh security personnel deployed for free and fair voting.

Tight security arrangements have also been made for 100 critical polling stations and 5,500 vulnerable pockets of the state.

Earlier today, Prime Minister Narendra Modi urged voters to turn up in huge numbers and specially asked the youngsters to exercise their voting rights. "Urging people of Punjab and Goa to turn out in record numbers and vote in the Assembly elections. I particularly urge my young friends to vote," Modi said in a tweet.

Urging people of Punjab & Goa to turnout in record numbers & vote in the Assembly elections. I particularly urge my young friends to vote.