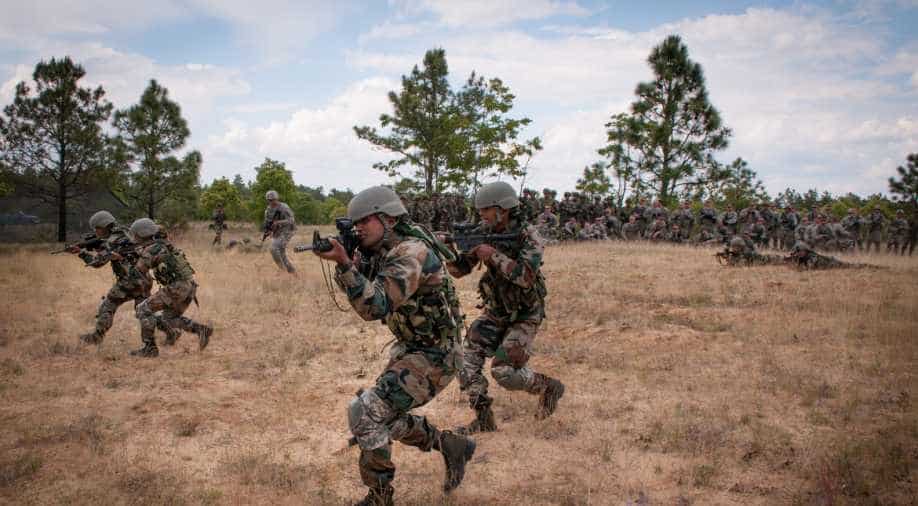 As per initial inputs, one soldier has died and one Junior Commissioned Officer (JCO) and eight soldiers were injured. Photograph:( Others )

An Indian soldier was killed and nine others injured in an ambush by the National Socialist Council of Nagaland Khaplang (NSCN-K) militants on an Assam Rifles convoy in India’s north-eastern state of Arunachal Pradesh.

The ambush took place at about 2 pm at Arunachal Pradesh’s Khaunsa near the Indo-Myanmar border. The soldiers were returning to their camp after a routine patrol when NSCN-K militants targeted a two-vehicle convoy involving a truck and a jeep. An exchange of fire took place 8 km north-west of Wakka.

“A column of 16 Assam Rifles battalion from Wakka was ambushed by suspected NSCN-K cadres near Nginu village, Tirap district. The column was out since yesterday and while returning came under heavy fire from automatic weapons. As per initial inputs, one soldier has died and one Junior Commissioned Officer (JCO) and eight soldiers were injured. They have been removed to hospital for treatment. Condition of four critical,” said a statement from Assam Rifles.

Meanwhile, massive search operations for the militants have been launched by the security forces.

The NSCN-K has its presence in the state of Nagaland, besides Manipur, Assam and Arunachal Pradesh.

Last year, the NSCN-K killed 18 Army personnel and injured several others in a similar ambush in Chandel district of Manipur.