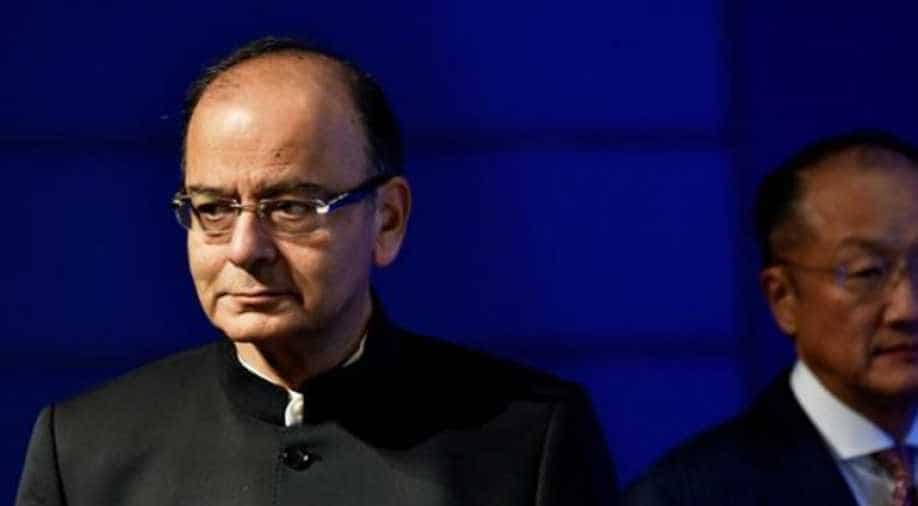 Finance Minister Arun Jaitley said the government has taken some important decisions in respect of the banking sector. Photograph:( Reuters )

The government will shortly come out with an ordinance to empower the central bank, the Reserve Bank of India, to effectively deal with the problem of mounting bad loans in the banking sector.

A proposal to amend Section 35A of the Banking Regulation Act through the ordinance route was approved by the Cabinet headed by Prime Minister Narendra Modi, sources said.

The amendment will empower the RBI to issue direction to banks to recover non-performing assets (NPAs) from loan defaulters.

Section 35A empowers the Reserve Bank to issue directions to the banks in the public interest and depositors.

Briefing reporters about the Cabinet meeting, Finance Minister Arun Jaitley said the government has taken some important decisions in respect of the banking sector.

"There is a convention that when some proposal is referred to the President, then details of it cannot be disclosed till it is approved. As soon as approval comes, details will be shared," he said.

Public Sector Banks (PSBs) are saddled with non-performing assets or bad loans to the tune of a staggering Rs 6 lakh crore.

The amended law will also empower RBI to set up oversight panels that will shield bankers from later action by probe agencies looking into loan recasts.

Banks have been reluctant to resolve NPAs through settlement schemes or sell bad loans to asset reconstruction companies for fear of being hauled up by investigation agencies.

Once the law is amended, the RBI will be able to give specific solutions for specific cases and also, if required, look at providing relaxation in terms of current guidelines, said a senior government official aware of the deliberations.

Last month, Jaitley had said NPA resolution mechanism was being worked out with the RBI which will put enough pressure on borrowers to settle dues.

"You see, the amounts are large, but the amounts are restricted. It's not that hundreds and thousands of businesses have created this problem. The problem of big NPA is confined essentially to 30-40, at best 50 companies, and therefore, those 40-50 accounts need to be resolved," he had said.

During resolution of NPAs, several issues like finding buyers and strategic partners come up, the minister had said.

Jaitley had gone on to say that "if you look at the whole structure, there are enough instruments available for settlements as far as the banking system is concerned. There are different legislations where action can be taken".

According to sources, the joint lenders' forum (JLF) is expected to be overhauled to facilitate quick decision making.

Instead of being a resolution mechanism, the JLF has become a delaying tool for big defaulters because as per the guidelines, restructuring needs approval of 60 per cent of consortium lenders which more often than not eludes, sources added.

Besides, the sources said there could be provision which will make wilful default a criminal offence.