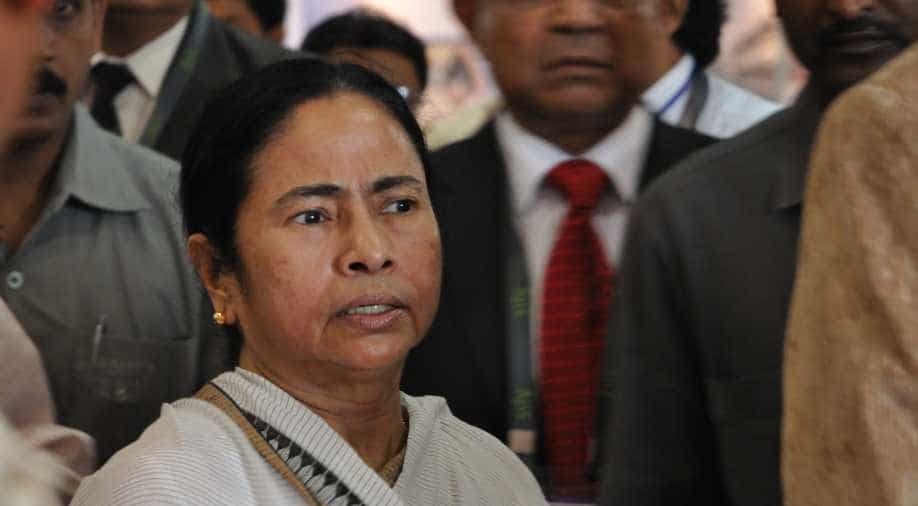 The Army had rebutted her allegations, saying the deployment along a highway toll plaza was done in coordination with the Kolkata police. Photograph:( Others )

Mamata Banerjee, chief minister of the Indian state of West Bengal, finally left the secretariat office after 36 hours, threatening to take legal action against the government if army deployment was not removed from certain areas across the state.

Her comments that the Narendra Modi-led government was "using force to stifle her voice and was hatching a conspiracy" has further fuelled the controversy.

She had accused the central government of "deploying the Army" along a highway toll plaza at the second Hooghly Bridge, about 500 metres from the secretariat.

Responding to Mamata Banerjee's ultimatum, wing commander S S Birdi of the eastern command CPRO said "the Army deployment in the state won't be called off as it is a routine exercise and will continue till midnight today."

Earlier in the day, the army had rebutted her claims, saying the exercise was being carried out in coordination with the Kolkata police.

"This is being done in coordination with local police authorities. The exercise was earlier planned for November 27 and 28. The dates were changed to November 30 to December 2 on a specific request by Kolkata Police due to Bharat Bandh called on November 28," said GOC Bengal area (officiating) Maj Gen Sunil Yadav.

Leaving after an overnight stay at the state secretariat protesting against the presence of army personnel, Mamata accused the government of making a "wrong and concoted" statement in Parliament.

Her party, Trinamool Congress, asserted that there was no such document proving that her government gave the green signal for the Army deployment.

Banerjee said only Bengal was targetted for raising voice against demonetisation and such an exercise was not done in any other state.

"They are doing whatever they like by force. The people are suffering. They cannot even withdraw their salary. The people's fight will continue. It cannot be stopped by hatching conspiracy and showing force", she said.