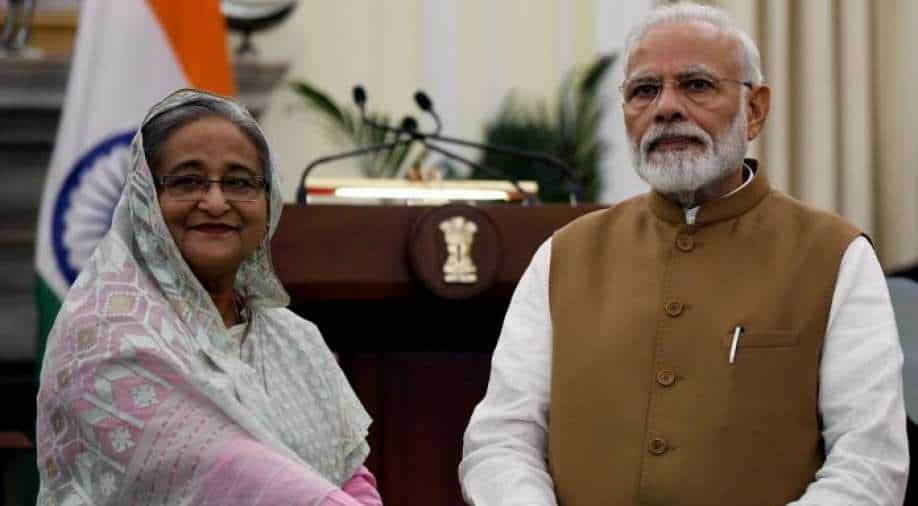 India and Bangladesh have agreed to enhance counter-terror cooperation especially against global terror groups at the first police chief's dialogue. The focus has also been on increasing real-time intelligence via designated "nodal points"

India and Bangladesh have agreed to enhance counter-terror cooperation especially against global terror groups at the first police chief's dialogue. The focus has also been on increasing real-time intelligence via designated "nodal points".

A statement from India's home ministry said, "Designated ‘nodal points’ would be established for timely and effective handling and response to existing as well as emerging security and counter-terrorism challenges."

South Asia has a number of globally listed terrorists, mostly based in Pakistan such as Lashkar e Taiba, Jaish-e-Mohammed responsible for terror attacks in India, Afghanistan. The 2016 Islamabad SAARC summit was boycotted by India, Bangladesh along with other south Asian countries in the aftermath of Uri Attack.

During the virtual meet, both sides appreciated each other’s ongoing action against insurgent groups operating in the region. The effort seen timely will also focus on coordinated measures to combat trans-border criminal activities, including smuggling of drugs, Fake Indian Currency Notes (FICN), arms and ammunition, and human trafficking.

The Indian release said, "The institution of Police Chiefs’ Dialogue, assisted by members of other security agencies on both sides, will further enhance the existing cooperation between the police forces of both countries".

The meeting comes even as New Delhi and Dhaka have been increasing cooperation in every sector from connectivity to covid crisis. Last month, PM Modi and PM Hasina held a virtual summit, and ahead of that India's foreign secretary Harsh Shringla had visited the country, his first visit amid the pandemic. This year, Bangladesh celebrates its 50th year of independence which will see Indian PM visiting the country in March. In fact, a contingent from Bangladeshi defence forces will take part in India's Republic Day parade later this month.