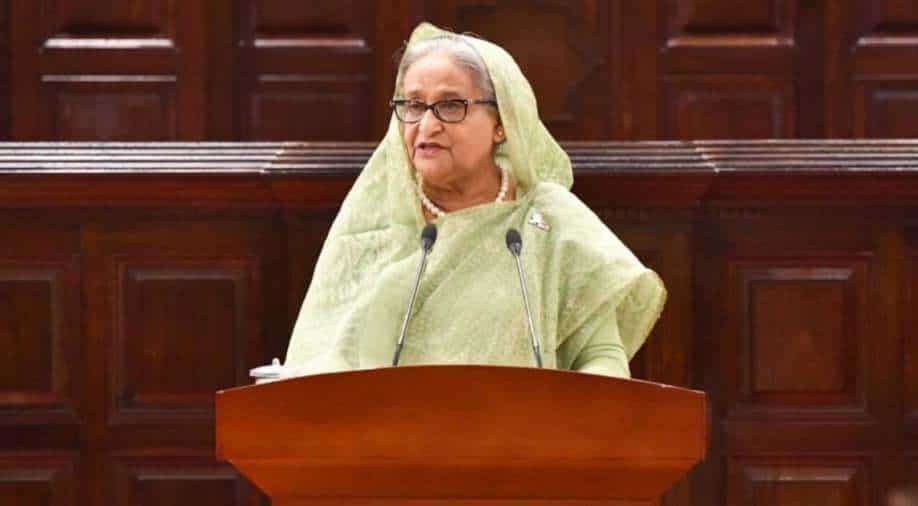 During her speech at the Maldives Parliament, the PM Sheikh Hasina also mentioned the development the country has seen

Bangladesh's Prime Minister Sheikh Hasina in her address to the Maldives Parliament on Thursday recalled the Pakistani brutalities in 1971 in what was then East Pakistan. The Prime Minister is on a visit to the country, her first under Maldives President Solih's term.

Mentioning the political situation in the then Pakistani state after Awami league's landslide victory in 1970 elections, she said, "When the Pakistani military govt refused to hand over power to the elected representatives, my father called non-cooperation movement and on the 7th of March 1971 he addressed a huge gathering and gave a clarion call to the people to rise up and begin the struggle for independence".

She detailed, "On 25th March, Pakistani military junta started genocide, started killing our people...on 26th March, my father declared liberation" and "Inspired by his leadership, millions of Bangalees from all walks of life joined the freedom struggle until we gained the ultimate victory on the 16th of December in 1971."

This year the country celebrated its 50th Independence year anniversary. Indian President Ram Nath Kovind was the chief guest at the celebrations in Dhaka.

During her speech at the Maldives Parliament, the PM mentioned the economic development the country has seen. She said, "In continuation of our development journey, we have to transform Bangladesh into a middle-income country by 2021, meet all the SDG targets by 2031, turn into a knowledge-based developed country by 2041, and a prosperous and resilient Delta by 2100."

On 24 November 2021, the UN General Assembly unanimously adopted a resolution on the Graduation of Bangladesh from the LDC category. The country is now a $411 billion economy and is ranked among the 34 largest economies of the world.

On ties with Maldives, the PM said, "We are particularly encouraged to witness your development journey, your successful transition from LDC to a Middle-Income country, and we hope Bangladesh and Maldives would tap the complementarities."

Both countries signed four agreements which included areas like health, recruitment of qualified health professionals, youth and sports development and prevention of tax evasion and avoidance.

Apart from the agreement exchange, a symbolic handover of keys to military vehicles donated by Bangladesh to the Maldives took place between Maldives’ Chief of Defence Force, Major General Abdulla Shamaal, and General S. M. Shafiuddin Ahmed, Chief of Army Staff of Bangladesh.