In Bangladesh, people are eating more fish but getting less nutrition from it 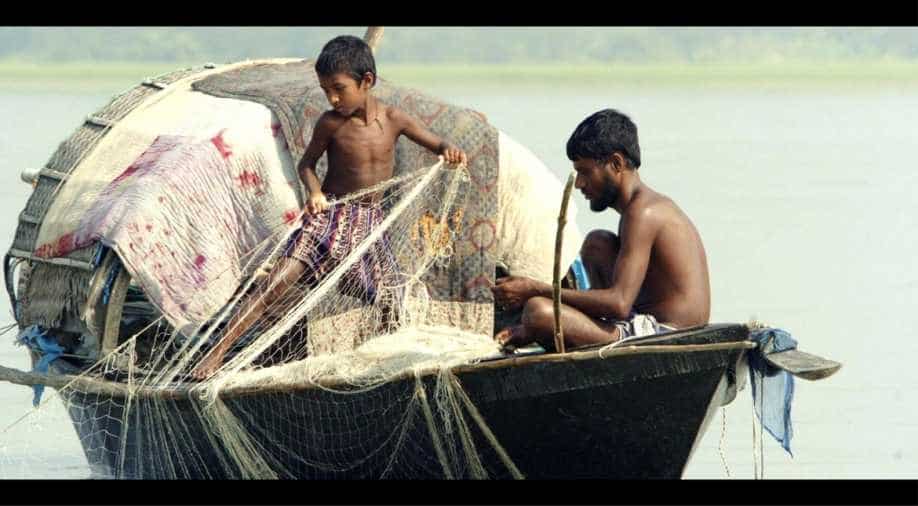 Bangladesh's fishes are lacking its nutritional quality Photograph:( Others )

People in Bangladesh are now eating 30 per cent more fish than they did 20 years ago, but they are getting a smaller amount of important nutrients from it, a new study shows.

Fish is widely known as a healthy food, rich in protein and other nutrients, so how can this be? Well, it comes down to the types of fish available for people to eat.

A combination of overfishing, pollution, and environmental damage has led to significant losses in both quantities of fish (biomass) and the number of fish species (biodiversity) available.

In Bangladesh as in many regions in the world, naturally harvested fish, which is known as capture fisheries, are faltering. A combination of overfishing, pollution, and environmental damage has led to significant losses in both quantities of fish (biomass) and the number of fish species (biodiversity) available.

The result is that consumption of fish from capture fisheries in Bangladesh declined by 33 per cent between 1991 and 2010.

This trend is also seen globally. Production from global capture fisheries peaked in the 1990s and has since been declining as unsustainable fishing practices continue to worsen. Globally, 89 per cent of marine fish stocks are either overfished or at maximum capacity.

At the same time, aquaculture or fish farming (known as the “blue revolution”) has been rapidly expanding. In fact, it is the fastest growing food production sector globally, with average annual growth of 8 per cent, and now accounts for half of all fish consumed by people around the world.

Since aquaculture was introduced in Bangladesh in the 1980s, the industry has grown rapidly. And the country is now the world’s sixth largest producer of aquaculture products.

Growth in this sector has more than compensated for declines in the quantity of fish available from capture fisheries, and this is evident in large increases in consumption over time.

Capture fisheries in the country are dominated by nearly 300 species of “small indigenous fish”, which are often consumed whole, including head and bones.

Nutrition powerhouses, these small fish are rich sources of important micronutrients including iron, zinc, calcium and vitamin A, as well as high-quality protein.

Aquaculture, on the other hand, is dominated by a handful of large fish species, both indigenous and exotic. Only the flesh of large fish is normally eaten, which is a rich source of high-quality protein, but generally, has lower micronutrient content.

As diets have shifted towards more farmed fish, nutrient intakes from fish have declined. And this has serious implications for a country suffering widespread malnutrition.

Indeed, Bangladesh has among the worst malnutrition rates in the world. More than one in three children under five years of age are stunted – an indicator of chronic malnutrition. And millions live with various micronutrient deficiencies.

This has been estimated to cost the country US$1 billion each year in foregone economic productivity. And that doesn’t take into account the cost to the health-care system for treating malnutrition or other social costs.

Malnutrition in its various forms affects nearly every country in the world. Combined with poor diet, it’s the number one cause of the global burden of disease.

If the United Nations’ Sustainable Development Goal of ending malnutrition is to be achieved, the goals of food production systems, including aquaculture, must be realigned to focus on nutrition. And this means diverse food systems that prioritise nutrient-rich foods.

A novel example of such an approach also comes from Bangladesh. Nutrient-rich small fish are produced in aquaculture systems alongside large fish in a practice known as polyculture so that several species are raised in the same pond.

The large fish can be sold for income, while small fish are harvested regularly for household consumption or when in excess, for sale. Farmers are able to increase total yields while also improving the nutritional quality of their production systems.

One small fish, known as mola (Amblypharyngodon mola), is an exceptional source of vitamin A, and including it in polyculture systems has been shown to be a cost-effective strategy for alleviating vitamin A deficiency.

One small fish, known as mola (Amblypharyngodon mola), is an exceptional source of vitamin A, and including it in polyculture systems has been shown to be a cost-effective strategy for alleviating vitamin A deficiency. Despite the evidence, this approach is yet to be widely adopted.

Research confirms that simply producing more food is not the only global challenge. The focus of food production systems, including aquaculture, must move beyond maximising yields to also consider nutritional quality. Otherwise, the world will continue to confront situations like the one in Bangladesh, where malnutrition remains in spite of plenty.