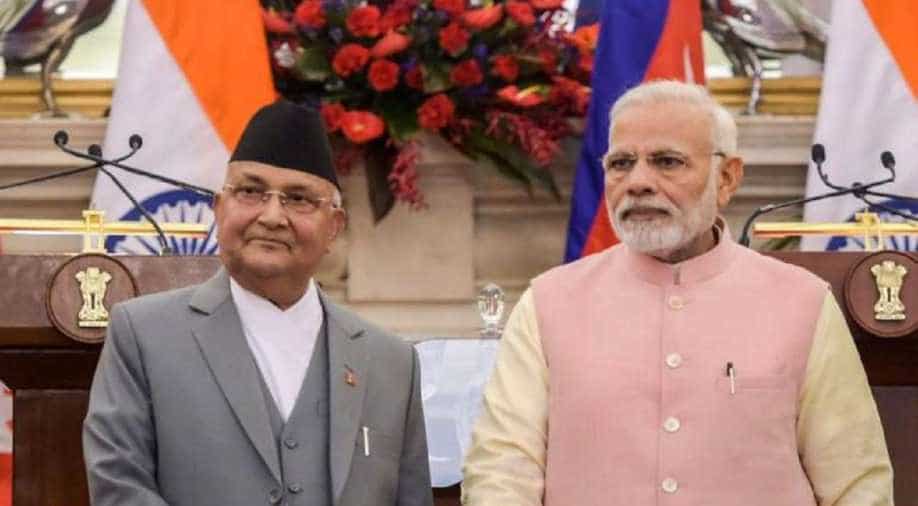 Kathmandu's foreign policy towards New Delhi is becoming increasingly politicised as wants to junk all traditional ties and dump centuries of freindship.

The realtions between India and Nepal are on the edge of a precipice after the latter's Upper House passed a bill to update map that includes Indian territories.

Kathmandu's foreign policy towards New Delhi is becoming increasingly politicised as wants to junk all traditional ties and dump centuries of freindship.

The instances of Nepal's growing aggression towards India are as follows:

Nepal is redrawing its boundaries

From Uttarakhand to Bihar, Kathmandu is laying claim on Indian land and the provocation is unprecedented. Every advancement the nation makes is threat for India.

Nepal is moving its troops to the border with India. It has bult a helipad, is planting tents and building camps.

They opened fire on a group of villagers along the Bihar border last week in which an Indian citizen lost his life.

Kathmandu is indulging in radio warfare

Nepal's fm radio is playing anti-india songs as well as beaming propaganda in villages along the border.

An Indian woman marrying a Nepali man will take seven years to become a citizen.

Driving this anti-India sentiment is Nepal's Prime Minister KP Sharma Oli.He is whipping up ultra-nationalistic sentiments to survive a rebellion.

However, he has been called out for his hypocrisy on territorial nationalism..

China is encroaching into Nepal's land through an ongoing road expansion project in Tibet according to Nepal's agricultural department which conducted a survey last year.

The alarming findings included the fact that China has encroached 36 hectares of land in four different districts of Nepal.

Around 6 hectares of land in Nepal's Humla district, 4 hectares in Karnali district, 10 in the Sindhu-Pal-Chowk district and 9 hectares in Sankhu-Wa-Sabha.

It may be sending its army to keep this land under its control.

The agricultural department had warned 'there is a high possibility that over the period of time, china may develop its border observation post of armed police in those territories.''

Ironically, Oli is doing nothing to stop this encroachment.

These projects have led to rivers changing their course.They have expanded China's boundaries into northern territories of Nepal.

The Nepalese media extensively reported on this but all its reports were either subdued or ignored.

Instead, Oli is amping up differences with India over imaginary encroachments.

When India constructed a road on the indian side of the border, Nepal cried foul.

Their prime minister seized the opportunity to complain about territorial integrity.

Integrity that goes missing when it comes to China. The fear of a rebellion appears to explains this outstanding hypocrisy.

The ruling Nepal Communist party is dealing with constant infighting and is on the brink of collapse.

Saving it is its guide and creditor the Chinese Communist Party.

The Chinese Embassy in Kathmandu is solving internal disputes, instigating anti-India sentiments and pushing the Nepal government to pick fights.

There's a huge political divide in Nepal over the government's actions and words.

Political leaders in Nepal are now saying that the Oli government is dancing to the dragon's tune.

In a tweet, Bimalendra Nidhi, the vice president of the Nepali congress, the principal opposition party in Nepal, said that

''The arrival of chinese troops in near Mount Everest and Himalayas is to assist and teach Chinese. The government is being trained by the Chinese party.

The youth and opposition in the country are demanding answers from Oli and it is his duty to answer them.

He is accountable for his actions because Nepal is a democracy unlike china. As it is, territorial nationalism will only take him so far.